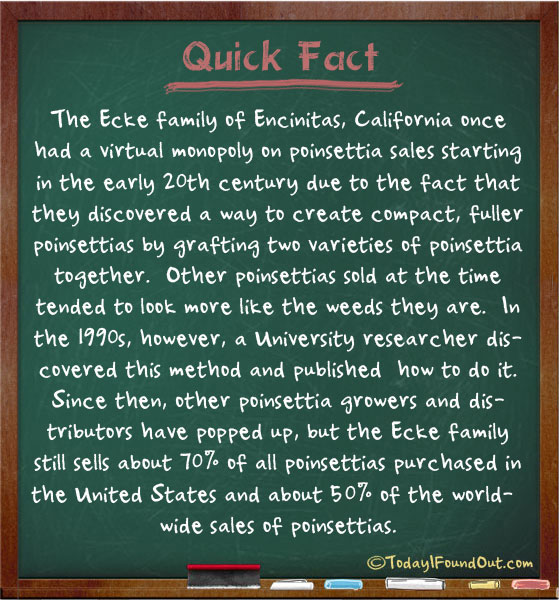 The Ecke family of Encinitas, California once had a virtual monopoly on poinsettia sales starting in the early 20th century due to the fact that they discovered a way to create compact, fuller poinsettias by grafting two varieties of poinsettia together.  Other poinsettias sold at the time tended to look more like the weeds they are.  In the 1990s, however, a University researcher discovered this method and published  how to do it.  Since then, other poinsettia growers and distributors have popped up, but the Ecke family still sells about 70% of all poinsettias purchased in the United States and about 50% of the world-wide sales of poinsettias.

tagged with know it, now you know, plant facts, poinsettia facts, quick facts, you should know