A Jiffy is Used as an Actual Unit of Time 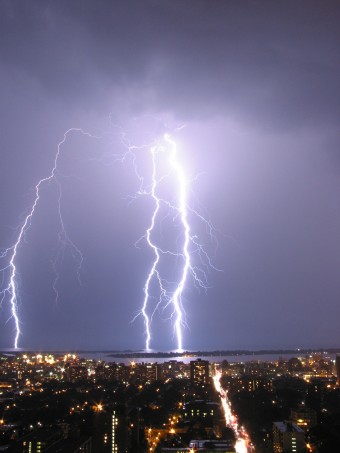 Today I found out a ‘jiffy’ is used as an actual unit of time.

The word ‘jiffy’ has been around since at least the late 18th century. What it derived from is unknown, but it first popped up as a “thieves slang for ‘lightning'”. Fast forward about a century and a half later and famed Physical Chemist Gilbert Newton Lewis, who incidentally came up with the word ‘photon’, suggested a ‘jiffy’ should be officially defined as the time it takes for light to travel one centimeter in a vacuum (about 33.3564 picoseconds).  Since then, others in physics and chemistry have suggested alternative distances to measure a jiffy over, rather than light traveling for a centimeter, but the original value is still most typically used in physics and chemistry.  Someone should get Jiffy Lube for false advertising!

The term ‘jiffy’ has branched out to mean different time values in other fields than it does in physics and chemistry.  In computer science, for instance, what a jiffy precisely defines time-wise is tied to timer interrupts, defined as “the duration of one tick of a timer interrupt”.  Obviously this varies from system to system, but usually is between 1-10 ms, with the commonly held value being 10 ms.

For electrical engineers, jiffy originally had a different meaning than today, relating to alternating currents.  Specifically, it was .0167 or .02 seconds, which is the time between AC power cycles (.0167 seconds for the United States and .02 seconds in Europe).  However, today it usually just means .01 seconds (10 ms), as with computer science, but in this case for no particular reason other than that’s the resolution of most common stopwatches.

With Jiffy Lube, ‘jiffy’ apparently means about 4800 seconds (80 minutes), which was the approximate amount of time it took them to change my oil last time I went there, with emphasis on “last time”. 😉