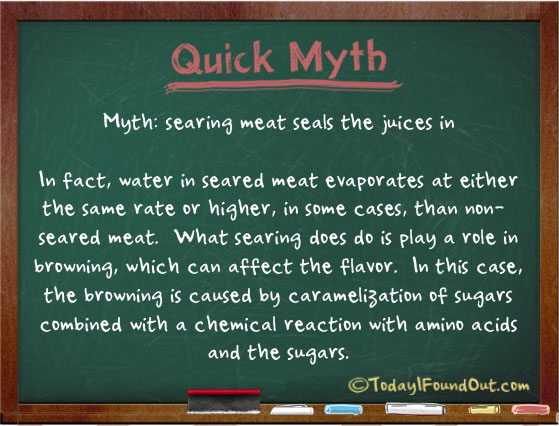 Myth: Searing meat seals the juices in. In fact, water in seared meat evaporates at either the same rate or higher, in some cases, than non-seared meat. What searing does do is play a role in browning, which can affect the flavor. But, in this case, the browning is caused by caramelization of sugars combined with a chemical reaction with amino acids and the sugars.