This Day in History: Christopher Columbus Tricks Native Jamaicans into Giving Him Supplies by Using His Knowledge of an Upcoming Lunar Eclipse 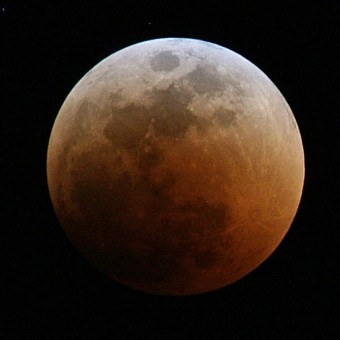 On this day in history, 1504, Christopher Columbus convinced a group of Native Jamaicans that his god was angry with them for ceasing to provide his group with supplies and that god would show his anger with a sign from the heavens.  The sign was a lunar eclipse that Columbus knew was imminent.

This event occurred on Columbus’ fourth and final voyage to the Americas, which began in Cadiz in 1502.  Columbus landed near the north coast of Jamaica on June 20, 1503 with only two of his original four caravel ships still afloat, but barely sea worthy due to a shipworm infestation.  At first, the natives welcomed Columbus and his crew, providing them with food and other supplies in exchange for various trinkets, generally welcoming the sailors into their community with open arms.

This arrangement didn’t last very long. Over the next several months, the natives became discontented with the guests of their island.  Columbus’ crew repaid the generosity of the natives by frequently stealing and cheating them, as well as raiding villages for supplies, among many other indiscretions committed by the crew (murder, rape, etc.).  As a result of this, by January of 1504, the indigenous peoples decided to stop supplying the stranded Europeans, regardless of what they might offer in trade.

Without a significant source of food or means to leave, Columbus’ expedition was in serious trouble.  Luckily for his crew, Columbus had certain astronomical tables with him including the ephemeris compiled by the German astronomer Johannes Müller von Königsberg, better known today by his Latin name, Regiomontanus.  In this almanac, Regiomontanus predicted there would be a total lunar eclipse on the evening of February 29, 1504.  He also gave an estimation of what time it would occur, though this start time was based on Nuremberg, Germany time, so Columbus had to do a bit of estimating.  Regiomontanus even included fairly accurate information as to how long the eclipse would last.

Armed with this knowledge, which Columbus was choosing to gamble would be extremely accurate, he called a meeting with the chiefs of the nearby tribes shortly before the eclipse was to take place.  In this meeting, he told them his god was angry with them for ceasing to give him supplies.  As a result, his god would take away the moon as a sign of his anger and subsequently punish them for their actions.

Luckily for Columbus, the predicted lunar eclipse took place more or less on schedule and according to Columbus’ son, Ferdinand, who was 13 and had made the voyage with his father:

The Indians observed this [the eclipse] and were so astonished and frightened that with great howling and lamentation they came running from every direction to the ships, laden with provisions, praying the Admiral to intercede by all means with God on their behalf; that he might not visit his wrath upon them…  and promising they would diligently supply all their needs in the future.

Columbus agreed to take their case before his god and went into his cabin to “pray”.  What he actually did in there was watch an hour glass.  Columbus knew the moon would stay completely in the Earth’s shadow for around 48 minutes, so he waited for the appropriate time for the moon to begin to emerge.  Shortly before this took place, he came back out and told the natives that he had asked his god to forgive them and god had acquiesced.  The moon began to reappear and Columbus no longer had trouble getting the provisions he needed. He and his crew were picked up a few months later when a ship from Hispaniola arrived in Jamaica on June 29, 1504.  They arrived back in Spain on November 7, 1504.