Michael Keaton was Once a Stagehand on Mister Rogers’ Neighborhood 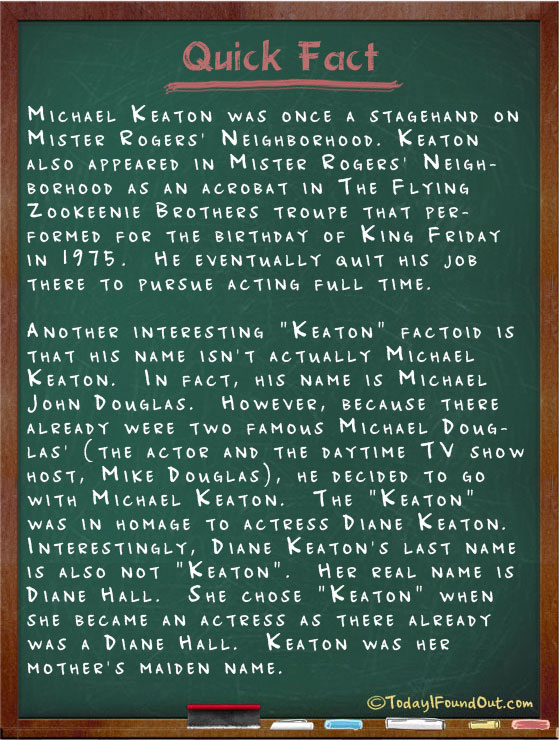 Another interesting “Keaton” factoid is that his name isn’t actually Michael Keaton.  In fact, his name is Michael John Douglas.  However, because there already were two famous Michael Douglas’ (the actor and the daytime TV show host, Mike Douglas), he decided to go with Michael Keaton.  The “Keaton” was in homage to actress Diane Keaton.  Interestingly, Diane Keaton’s last name is also not “Keaton”.  Her real name is Diane Hall.  She chose “Keaton” when she became an actress as there already was a Diane Hall.  Keaton was her mother’s maiden name.