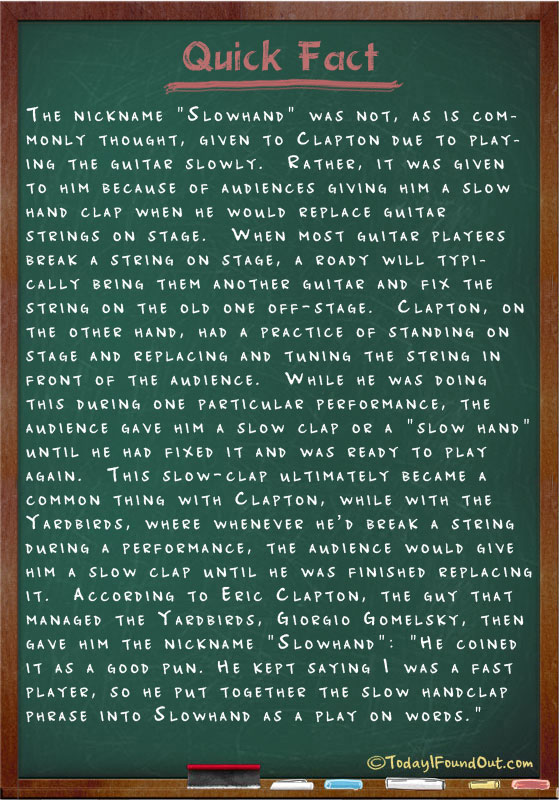 The nickname “Slowhand” was not, as is commonly thought, given to Clapton due to playing the guitar slowly.  Rather, it was given to him because of audiences giving him a slow hand clap when he would replace guitar strings on stage.  When most guitar players break a string on stage, a roady will typically bring them another guitar and fix the string on the old one off-stage.  Clapton, on the other hand, had a practice of standing on stage and replacing and tuning the string in front of the audience.  While he was doing this during one particular performance, the audience gave him a slow clap or a “slow hand” until he had fixed it and was ready to play again.  This slow-clap ultimately became a common thing with Clapton, while with the Yardbirds, where whenever he’d break a string during a performance, the audience would give him a slow clap until he was finished replacing it.  According to Eric Clapton, the guy that managed the Yardbirds, Giorgio Gomelsky, then gave him the nickname “Slowhand”: “He coined it as a good pun. He kept saying I was a fast player, so he put together the slow handclap phrase into Slowhand as a play on words.”