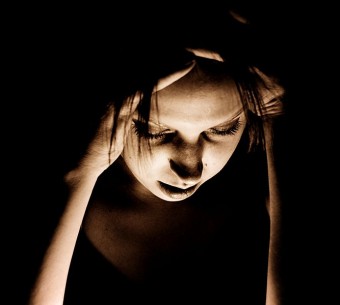 Today I found out what causes headaches.

There are approximately 200 different types of headaches, classified in two main groups: primary and secondary. There are in the neighborhood of 42 types of primary headaches and 157 secondary headaches (unless I lost count, but should you want to verify those numbers, or just need a sleep-aid, feel free to review the 233 page article that outlines them; it’s in the references!)  “Primary” simply means that the cause of the headache is the problem itself, an example would be a migraine. “Secondary” means the problem is something other than a headache and the headache is just a symptom of that problem. One example of this being a hemorrhagic stroke (a bleed in your brain, see What Causes Strokes). This may cause a headache, but the problem is the stroke, not the headache.

The most common types of headaches are primary ones. The various causes for most primary headaches are still being debated on the whole. What little is known about the causes is changing the way some are treated. These treatments are outlined as guidelines given to physicians by The International Headache Society (IHS, who in my opinion doesn’t spend nearly enough time studying the link between Bieber and headaches). Secondary headaches are usually the result of things like, trauma, infection, stroke, vascular problems or psychiatric causes. The treatment for these revolves around finding the problem and fixing it, at which point the headache will take care of itself.  Or, in the case of a severe stroke or the like, you might die, in which case: headache gone. There’s probably no better cure for a headache than dying.  You’re welcome IHS.

Primary headaches are subdivided by the IHS into 4 classes: migraines, tension-type, Cluster or other trigeminal autonomic celalalgias, and other types.  Tension headaches, also known as a muscle contraction headache, are the most common primary headache. Depending on which study you read, 30-90% of all adults will experience them. Despite the fact that it has the most societal impact, it’s surprisingly the least studied of all the types. The pain is usually on both sides of the head, and described as “pressing or tightening”. Rated at between mild to moderate in intensity, it doesn’t seem to increase with any type of physical activity. There is no known causal factor and, as such, treatment revolves around symptom control. Taking over the counter medications like Aspirin, Tylenol, or Ibuprofen, will usually help.

Migraines are the second most common type of primary headache, and are further subdivided into two categories: with an aura (a premonition or sensation that precedes the migraine) or without. While seemingly a mild annoyance to those who don’t experience them, migraines are actually the 19th most debilitating disease world wide, according to the World Health Organization. About 12% of the U.S. Population will experience them. Before puberty, they affect men and women equally; however, after puberty, women are most likely to experience them at about 18% compared to 6% for men. A typical attack lasts about 4-72 hours, usually are rated as moderate to severe, and are aggravated by most any physical activity and sometimes by even small amounts of light.

Migraines with aura involve a focal neurological symptom that precedes the attack. These occur hours to days before the attack and can include a combination of symptoms including nausea, fatigue, difficulty concentrating, stiff neck, and repetitive yawning. The most common aura is a visual one that can involve sensitivity to light or blurred vision. There is no known link between a person’s aura and their migraine; however, it has been shown that blood flow is decreased to the area of pain, at or near the time of the aura. The decrease usually starts near the back and moves to the front of the head and can reach ischemic levels, which is basically the level that there is not adequate blood flow to the cells involved. In extremely rare cases, this can even damage the brain cells.

Migraines without an aura are a syndrome class that involves a headache with specific associated symptoms. It isn’t known exactly what causes this type of headache either. These were once thought to be due to a decrease in blood flow to specific areas of the brain; however, recent studies have shown that the only possible decrease in flow is to the brain-stem and that may be due to pain and not a cause itself. As vascular problems are slowly being weeded out as a cause of this type of headache, several aspects of migraine pain and how it’s transmitted throughout the brain have been recognized. Molecules like nitric oxide and calcitonin-gene-related peptide have shown to be clearly involved. Drug advances, like the use of a class of drugs known as “triptans”, are also helping doctors narrow down the possible causes of this type of headache.

Cluster headaches are a type of primary headache that is rare compared to their counterparts. Affecting only about one in a thousand people, they usually begin presenting between 20-40 years of age. Men are 3-4 times more likely to be affected by them then women. They tend to be severe in nature and cause pain around the orbits and temporal regions. These types of headaches can cause other physical symptoms as well, like infection of your conjunctiva, lacrimation, nasal congestion, sweating, and eyelid edema. Most people experiencing a cluster headache become restless and agitated during the attack, and some people are not able to even lie down, but instead pace around the house. The acute cluster attacks seem to activate the back portion of your hypothalmic grey matter. They can last for weeks to months and then go into a remission for months or years. It has been shown that about 5% of cluster headaches are inherited, and for an unlucky 10-15% of sufferers, they’ll have chronic symptoms with no remission periods.

There are a range of treatment options for cluster headaches. If the attack is not well established, the use of high concentrations of oxygen has been shown to help. Migraine medications like Imitrex, Zomig, and Maxalt can be used, along with others like lidocaine, Migranal or even caffeine. To prevent a cluster headache from returning, there are also several medications being used, for instance, calcium channel blockers like verapamil, cardizem and dilacor, as well as steroids like prednisone or solu-medrol. Some antidepressants such as lithium and seizure medications like Depakote are also used.

In the “other primary headache” category given by the IHS, there are several types of headaches with similar characteristics of the other three, but are categorized as separate. They are mostly poorly understood and the treatment for them seems to be based on trials that are not well controlled, or on individual accounts of what helps the person’s symptoms. They include a stabbing headache, cough headache, exertional headache, Pre-orgasmic and Orgasmic headache (the Pavlovian response to this affliction would be most unfortunate), hypnic headache, thunderclap headache, hemicrania continua, and a daily-persistent headache.

The other main class of headaches are Secondary headaches.  These are treated very differently than primary headaches, because the cause is usually another affliction where a headache is a symptom. Doctors commonly spend quite a bit of time in examining whether a headache falls into a secondary or primary class. It would be very unfortunate if a doctor were to diagnose someone as simply having a migraine, and it turned out the patient actually was bleeding into their brain. Whatever the cause of the pain, a definitive treatment is to solve the problem that is the source of the headache. Should the affliction take some time to solve, a doctor can choose to treat the pain with medication until a solution is found. Some common causes of a secondary headaches include; head and neck trauma, cranial or cervical vascular disorders, intracranial disorders, substance abuse or withdrawals, infections, disturbances of the bodies homeostasis, any disorder of the neck, eyes, ears, nose, sinuses, or teeth, and psychiatric disorders.

So the next time you have a headache, try not to worry about the cause of the headache, it might just make it worse. Instead, try common treatments like over the counter pain medications. Should the pain persist, go see a doctor; nobody wants to have an undiagnosed brain-bleed… or really, a diagnosed brain-bleed, but the latter is certainly superior to the former. If none of these fixes help, just be happy in the knowledge that at least you don’t have sexually mediated headaches!  Or, if you do, I’m sorry for pouring lemon juice on your paper-cut there.  It could be worse, there’s always cancer… or, you know, Fibrodysplasia ossificans progressiva, where your body’s tissues (including muscle) slowly turns to bone.  There’s no cure and doctors operating to try to help tends to make the problem worse. Further, because it’s so rare, nobody’s spending much of any money trying to find a cure.  Your sexually mediated headaches aren’t looking so bad now are they?

tagged with cause of headaches, cause of migraines, cluster headache cause, headache, headache cure, medical facts, migraine facts