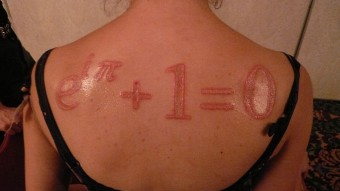 Today I found out how scars form.

One of the main components of skin is a protein called collagen.  Skin collagen is primarily made from specialized cells called fibroblasts. After scab formation, fibroblasts that are hanging out under the surface of the skin will begin leaking into the clot just under the scab. Once the clot is sufficiently soaked with fibroblasts, these cells begin to secrete collagen and release a growth factor. The growth factor allows the fibroblasts to begin expressing their contractile proteins. This changes them from migratory cells into a cell that can contract and pull a wound tightly together.

Even though scar tissue is made from the same type of proteins as normal skin, the difference in appearance stems from the composition of the proteins. Specifically, instead of lying in a “basket weave” type structure, the proteins are pulled into alignment in one direction. Scars also do not contain sweat glands, hair follicles, or skin protecting sebaceous glands. Because of this, their texture is usually smoother and can become very itchy.

There are a few different types of scars. Their classification is usually appearance based and is a result of differing amounts of collagen over-expression, or the degranulation of certain types of cells. Specifically, the three types of scars are: Hypertrophic (a subset of which is Keloid, which is sometimes distinguished from Hypertrophic), Atrophic, and the common Stretch mark.

Hypertrophic and Keloid are the most common forms of scars.  These types of scars have a raised appearance that extends over a formerly injured area.  Keloid Scars differ from other hypertrophic scars in that they can continue to grow and become a type of benign tumor. What exactly causes this overproduction of collagen is still up for debate. What is known is that a decrease in cross-linked (basket weave) collagen and an increase in soluble collagen is present in this type of scarring. It is also known that genetic factors play a role in who is more likely to get these types of scars.

Atrophic scars, on the other hand, are scars that have a sunken appearance. They are most commonly the result of acne, chicken pocks, or infections of the skin.  They can also be caused by muscle and fat tissue below the scar area being destroyed, possibly during an inflammation process resulting from an injury, which results in the loss of the support structure under the scar, hence the sunken appearance.

Finally, there are the beauty lines attained by mothers everywhere: stretch marks, also known as “Striae Distensae”. Stretch marks form when skin gets forced to stretch faster than its capacity to expand. When this happens, a type of cell called a “mast cell” begins to degranulate, releasing molecules that help in destroying unwanted microorganisms. When too much degranulation happens, the result is the appearance of the scar that we see. This type of scarring is very common during pregnancy, teenage growth spurts, and during certain types of surgery.