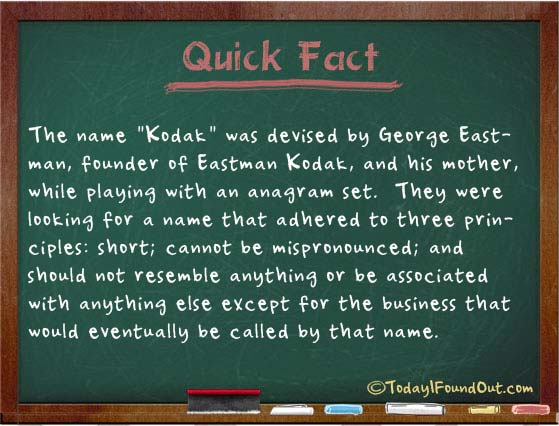 The name “Kodak” was devised by George Eastman, founder of Eastman Kodak, and his mother, while playing with an anagram set.  They were looking for a name that adhered to three principles: short; cannot be mispronounced; and should not resemble anything or be associated with anything else except for the business that would eventually be called by that name.