Where the Word “Taxi” Comes From 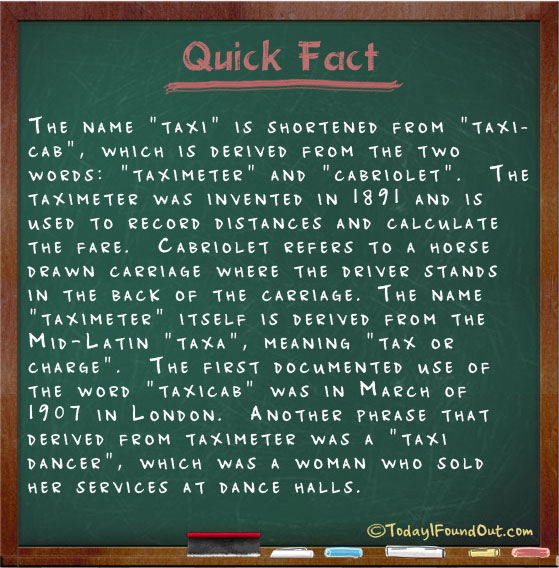 The name “taxi” is obviously shortened from “taxicab”, which is derived from the two words: “taximeter” and “cabriolet”.  The taximeter was invented in 1891 and is used to record distances and calculate the fare.  Cabriolet refers to a horse drawn carriage where the driver stands in the back of the carriage. The name “taximeter” itself is derived from the Mid-Latin “taxa”, meaning “tax or charge”.  The first documented use of the word “taxicab” was in March of 1907 in London.  Another phrase that derived from taximeter was a “taxi dancer”, which was a woman who sold her services at dance halls.