The Difference Between Cement And Concrete 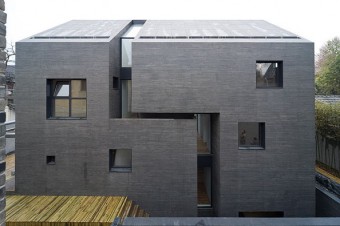 Today I found out the difference between Cement and Concrete.

In general terms, the word cement refers to any kind of binder that tightly holds other materials together. Concrete, on the other hand, is a mixture of materials like sand, gravel, and small rocks combined with any type of cement and water. The concoction is then allowed to dry and harden. Basically, concrete is the stone-like structure formed after cement and other materials are mixed together. The cement is just a part of the recipe.

Cement has been used as a binder of materiel for millenia. No one knows for sure who first came up with the idea to use a cement substance to bind materials together to make concrete, bricks, and other building materials. The process can be traced back to Ancient Macedonia, but was more widely popularized during the Roman Empire. Early forms of cement used things like lime and pozzolana, a type of volcanic ash. The Romans were able to produce massive structures like the Pantheon and the Roman aqueducts using this formula.

Currently, cement comes in two forms: Hydraulic and Non-Hydraulic. Hydraulic cement refers to any cement that uses water to begin a chemical reaction that hardens the mixture and, when fully formed, creates a water resistant product. This reaction is independent of the water content of the mixture so allows for the material to harden even underwater. This makes it a very versatile construction material. Most all cements used today are hydraulic cements. Non-hydraulic cement uses materials that do not harden when exposed to water. While this type is much cheaper than hydraulic cement, the problems of long drying times, combined with the inability to use it in wet environments makes it a poor choice in most applications.

The most common type of modern cement is portland cement (sometimes referred to as OPC for “Ordinary Portland Cement”).  This type of cement is typically made by grinding small rock-like bits of sintered limestone and aluminosilicate minerals into a very fine powder.  Its fast drying times combined with its higher compression strength compared to other cements, makes it a great choice for use in concrete, mortar, grout, and stucco.

Concrete is a mixture of cement, water, and aggregates. Aggregates make up approximately 60-75% of the mixture and cement and water make up the rest. Aggregates are usually inert course materials like gravel, crushed stone, sand, or recycled concrete. The type of aggregate selected depends on the application of the concrete.

Given that concrete starts out as a semi-liquid, has great weather proof properties, and high strength, its applications for use in construction are almost endless. The benefits of concrete include its durability, fire-resistance, low maintenance, energy efficiency and environmental friendliness. In fact, concrete is the most widely used man made material on earth.

It’s easy to see why some people would use the terms cement and concrete interchangeably.  One is a main ingredient in the other.