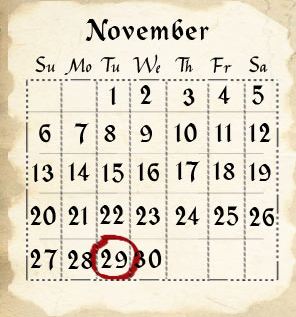 On this day in 1961, Enos the chimpanzee was launched into space, becoming the second chimp to travel to space and the first to orbit the Earth. Enos, along with many other chimps such as “Ham”, the first chimp to be launched into space, were trained as part of Project Mercury, which was the first manned spaceflight program in the United States.  Project Mercury ran from 1959-1963; the primary objective of this program was to put a human being in orbit and land him safely back on Earth.

Towards this end, chimpanzees were chosen for certain test missions to observe the effect being in space would have on near-human physiology.  As such, Enos was purchased from a bird farm about a year and a half earlier and given around 1250 hours of training.  His name was chosen as it means “man” in Hebrew.

Three days before the launch of the Atlas 5 mission, Enos was selected from the remaining potential chimps to be launched.  Before the launch, many questioned whether launching a chimp into orbit as a trial run before launching humans was really necessary given that a few months earlier the Soviet Union’s Yuri Gagarin successfully orbited the Earth with no ill effects. Regardless of this accomplishment, NASA still felt it was necessary to gather their own data on the subject first and, on November 29, 1961, they launched Enos into space and he successfully orbited the Earth.

Due to technical complications during the flight, primarily problems with the altitude control system that resulted in more fuel usage than originally anticipated, Enos did not complete the full mission of orbiting the Earth three times, rather did it twice.  During his flight, he reached an altitude as high as 147 miles above the Earth.  He then splashed down about 200 miles from Bermuda and was successfully recovered by the USS destroyer, Stormes.  Enos died just one year later after contracting dysentery from shigellosis, which is a bacterial infection in the lining of the intestines.

Enos having completed the mission with no ill effects, NASA then felt confident in sending the first American man up to orbit the Earth, John Glenn.  That Mercury mission launched February 20, 1962, successfully completing the primary objective of Project Mercury.

Enos’ predecessor, “Ham”, was also a backup selected for the orbital machine Enos completed.  Ham himself was launched into space just a couple months before Enos on September 13, 1961.  “Ham” was an acronym for “Holloman Aerospace Medical Center”, which was the lab that the chimp was prepped at for his mission.  Interesting, he was not given this name until after his mission, because NASA worried that, if he didn’t return safely, having a name that the press could latch onto would create a lot of bad press.  So, for the mission, he was simply named “No. 65”.  After the mission, when giving the chimp a name would create a lot of good press, he was christened “Ham”.