Helen Keller was Not Born Blind or Deaf 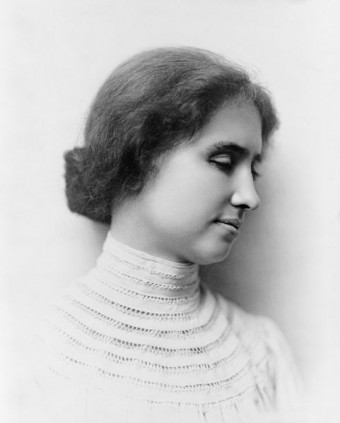 In fact, Helen Keller was born able to see and hear just fine and continued to be able to do so until she was about one and a half years old. At that time, she became sick with some type of illness. What that particular illness was isn’t entirely known. However, it is thought that it might have been scarlet fever or meningitis, with the symptoms being described as “an acute congestion of the stomach and brain”. Whatever the case, after she recovered her health, unfortunately, she now couldn’t hear or see.

Another common myth is that she had no way of communicating with her family until her teacher arrived around her seventh birthday. In fact, she had a very limited communication method involving about 60 home signs that she used, mostly in communicating with Martha Washington, who was the child of the Keller family’s cook and was Keller’s playmate.

In 1886, when Keller was six years old, her mother read Charles Dickens’ American Notes, which were accounts of his travels through North America in 1842. The particular bit of those writings that intrigued her was a part about a deaf-blind woman that was successfully educated, something she had previously thought wouldn’t be possible. She then sought to find a teacher for her daughter. Her search eventually led her to famed inventor Alexander Graham Bell, who at the time was a teacher of deaf children (incidentally, his wife and mother were both deaf). Bell then recommended Helen’s parents to the Perkins Institute for the Blind, in South Boston. Once there, a 20 year old visually impaired woman by the name of Anne Sullivan was asked to become Keller’s instructor and eventually governess and constant companion. Their relationship lasted in this way for nearly 50 years.