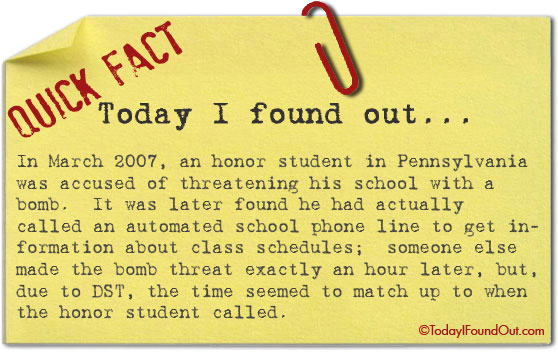 In March 2007, an honor student in Pennsylvania was accused of threatening his school with a bomb.  It was later found he had actually called an automated school phone line to get information about class schedules;  someone else made the bomb threat exactly an hour later, but, due to Daylight Saving Time, the time seemed to match up to when the honor student called.