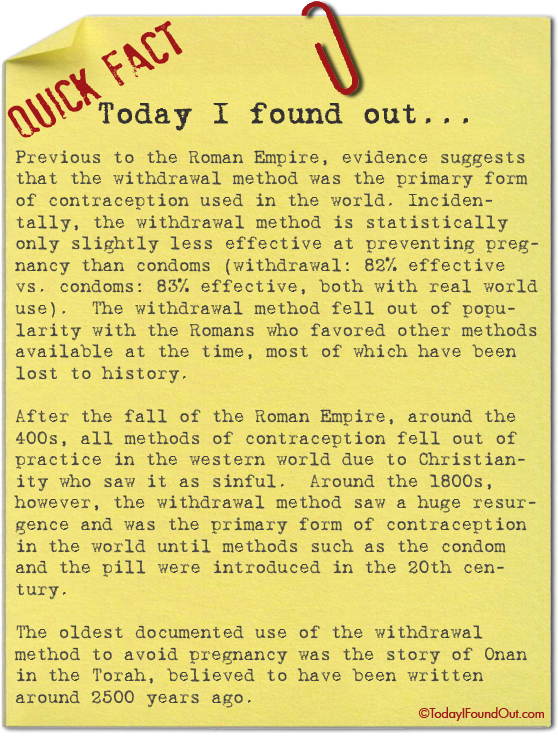 After the fall of the Roman Empire, around the 400s, all methods of contraception fell out of practice in the western world due to Christianity who saw it as sinful.  Around the 1800s, however, the withdrawal method saw a huge resurgence and was the primary form of contraception in the world until methods such as the condom and the pill were introduced in the 20th century.

The oldest documented use of the withdrawal method to avoid pregnancy was the story of Onan in the Torah, believed to have been written around 2500 years ago.