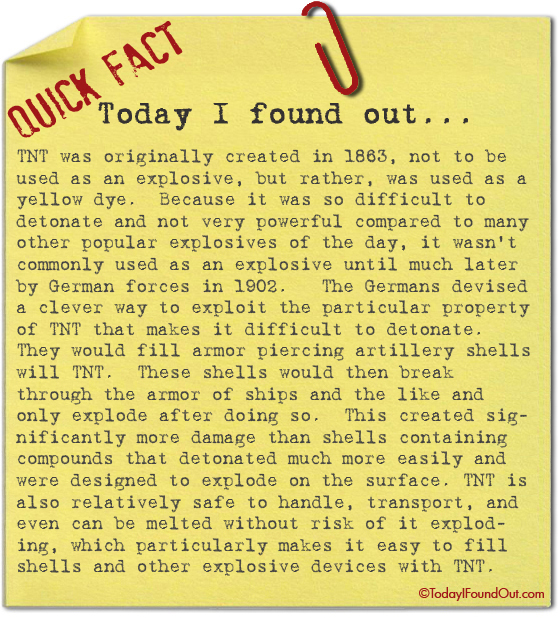 TNT was originally created in 1863, not to be used as an explosive, but rather, was used as a yellow dye.  Because it was so difficult to detonate and not very powerful compared to many other popular explosives of the day, it wasn’t commonly used as an explosive until much later by German forces in 1902.   The Germans devised a clever way to exploit the particular property of TNT that makes it difficult to detonate.  They would fill armor piercing artillery shells will TNT.  These shells would then break through the armor of ships and the like and only explode after doing so.  This created significantly more damage than shells containing compounds that detonated much more easily and were designed to explode on the surface. TNT is also relatively safe to handle, transport, and even can be melted without risk of it exploding, which particularly makes it easy to fill shells and other explosive devices with TNT.