Who Invented the Modern Golf Ball 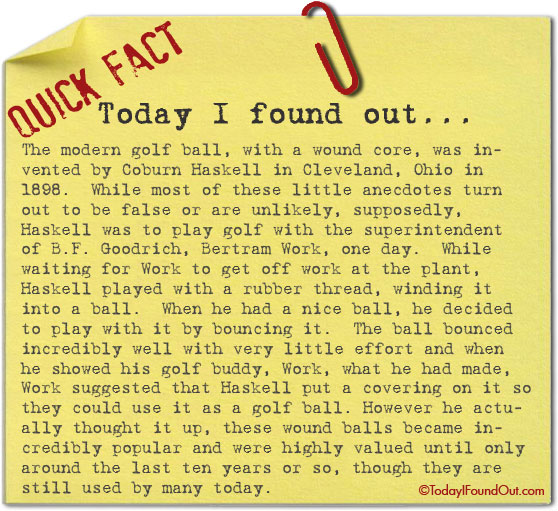 The modern golf ball, with a wound core, was invented by Coburn Haskell in Cleveland, Ohio in 1898.  While most of these little anecdotes turn out to be false or are unlikely, supposedly, Haskell was to play golf with the superintendent of B.F. Goodrich, Bertram Work, one day.  While waiting for Work to get off work at the plant, Haskell played with a rubber thread, winding it into a ball.  When he had a nice ball, he decided to play with it by bouncing it.  The ball bounced incredibly well with very little effort and when he showed his golf buddy, Work, what he had made, Work suggested that Haskell put a covering on it so they could use it as a golf ball.  These wound balls became incredibly popular and were highly valued until only around the last ten years or so, though they are still used by many today.