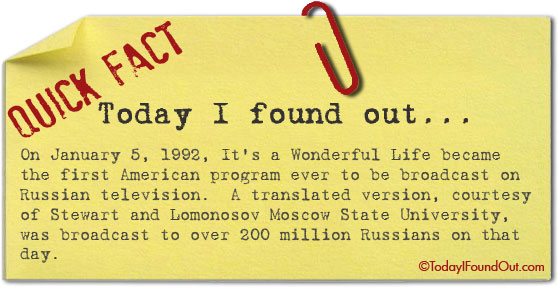 On January 5, 1992, It’s a Wonderful Life became the first American program ever to be broadcast on Russian television.  A translated version, courtesy of Stewart and Lomonosov Moscow State University, was broadcast to over 200 million Russians on that day.