Where the Band Name ZZ Top Came From 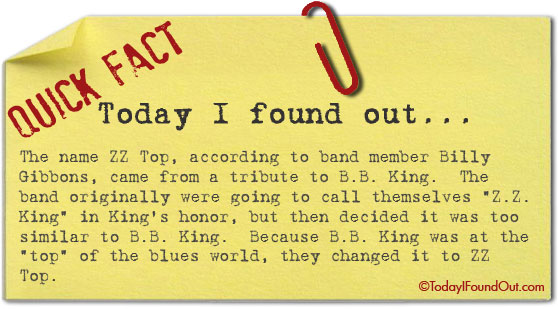 The name ZZ Top, according to band member Billy Gibbons, came from a tribute to B.B. King.  The band originally were going to call themselves “Z.Z. King” in King’s honor, but then decided it was too similar to B.B. King.  Because B.B. King was at the “top” of the blues world, they changed it to ZZ Top.