The Color Orange Was Named After the Fruit 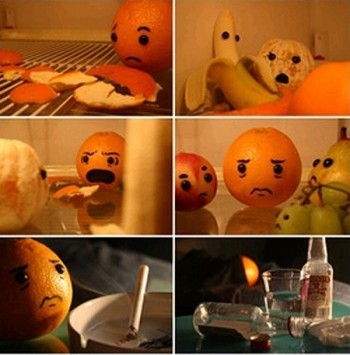 Today I found out the color orange was named after the fruit, not the other way around.   Before then, the English speaking world referred to the orange color as geoluhread, which literally translates to “yellow-red”.

The word orange itself was introduced to English through the Spanish word “naranja”, which came from the Sanskrit word nāraṅga, which literally means “orange tree”.  The English dropped the leading “n” and eventually we got the word “orange”.

In the early 16th century, the word orange gradually started being used to not only refer to the fruit, but also what we now know of as the color orange.