Why Amish Men Grow Beards But Not Mustaches 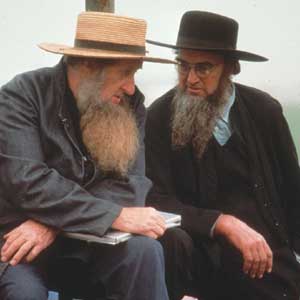 Today I found out why Amish men grow beards but not mustaches.

This tradition stems back to the early days of the Amish when wearing elaborate mustaches was common among those in the military.  In their early days, the Amish and other Mennonites in Europe were often persecuted by these groups. In addition to that, the Amish, being a pacifist group, didn’t want to associate themselves with those who waged war, so strictly forbid their members from growing  mustaches.  Today, few men in the Western world choose to grow mustaches, but this tradition remains among the Old Order Amish people, which number about 200,000 in North America.

While mustaches are not allowed, beards are practically a requirement among the Amish due to beards being common among men in the Bible.  However, not all Amish men are traditionally allowed to grow beards.  It isn’t until an Amish man gets married that he will stop shaving his beard and allow it to grow out, with beards being a mark of an Amish male having become a man.