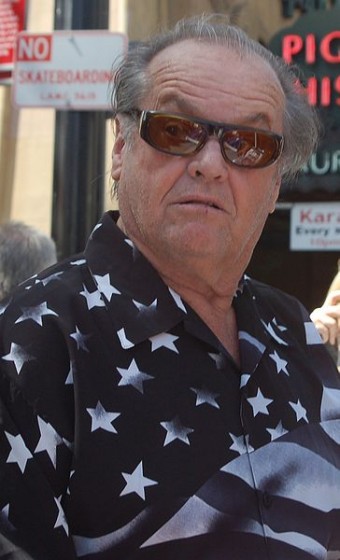 Today I found out that the woman Jack Nicholson thought was his sister for a good portion of his life, turned out to be his mother.

In 1974, Jack Nicholson’s movie Chinatown was opening in theaters and Time Magazine chose to do a cover story on him.  Someone working at Time Magazine called Jack up to verify some facts that would be in the article; among these, was the fact that the person who he’d thought was his sister, June Nicholson, was in fact his mother.  Nicholson knew nothing about this, so denied it.  At this point his “sister” was dead, and so was his “mother”, dying in 1963 and 1970 respectively.

He did, however, call up his “brother-in-law”, Shorty, the husband of his supposed other sister who was in fact his aunt, to verify that this wasn’t true.  Shorty knew nothing about this, so told him that it wasn’t true and they ended the conversation.  Several hours later though, he got a phone call from Shorty: “Jack, it’s Shorty, I’m gonna put Lorraine on the phone.  I just want to say one thing – she’s been crying all night.  Here she is.”  Lorraine, who he now found out was his aunt, not his sister, then told him his mother was in fact the deceased June, who he had thought was his sister and the woman he had thought was his mother, was in fact his grandmother.

Nicholson was 37 years old at this point and both his real mother and the woman he had thought was his mother, were already dead;  both had chosen not to tell him.  Indeed, he even spent time with his “sister”, who was his mother, at the hospital just before she died.  He was filming one of his first movies at the time and shooting in Mexico, so he had to leave her as he desperately needed the money and it was his first major film.  Her last words to him were “Should I wait?” and he said “No” and left.  She died shortly thereafter succumbing to cancer; he got the call when he arrived in Mexico on location.

The initial reason for keeping up this charade was that his mother, June, had gotten pregnant with him at the age of 16 with someone unknown (he still doesn’t know, but doesn’t care to find out either).  June’s mother wanted June to continue to pursue her promising dancing career, thus she would take care of Jack posing as his mother, with June as his sister.

Nicholson is on record actually as saying he’s glad they kept this secret to their graves, “I didn’t have to deal with it with them. They were dead.”; “I am that kind of person-what do I feel-and had the tools to know what I feel. Gratitude. I’ve often said about them: Show me any women today who could keep a secret, confidence, or an intimacy to that degree, you got my kind of gal.”