April 22, 2016 Dusti
This is a weekly wrap of our popular Daily Knowledge Newsletter. You can get that newsletter for free here. 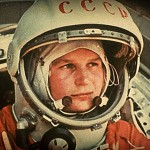 The Traditions of Going to Space 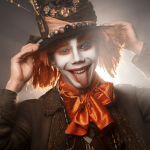 Why are Crazy People Called Mad as a Hatter? 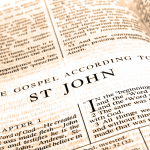 Why are Bibles Printed with the Text in Two Columns Instead of One?

The practice of using two columns with compact texts dates back to at least the fifteenth century, which in turn was just a continuation of an older tradition of narrow columns in horizontally opened scrolls. Both the Gutenberg Bible and the original King James Version (see: How the King James Bible Came About) used two columns, and many Bibles are still printed this way today. But why? In part, this is simply tradition, as mentioned first being borrowed from the scrolls which the Biblical text was copied from. Today, many people have come to expect Bibles to have two columns and can’t imagine one with any other layout. But there’s a little more to this formatting choice than just tradition. The decision of how to format a book depends highly on how…(more) 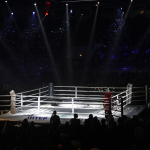 Why are Boxing Rings Called Rings When they are Square?

The earliest known instances of fist fighting as a type of sport date back to around 4000 – 3000 BC, but these historical fights don’t resemble the boxing we know today. They seem to have leaned more toward the “anything goes” method of unarmed fighting. The modern form of more regimented bouts didn’t begin until the early 18th century. At this time, boxing matches had no mandated boxing ring, no gloves, no referee, and no scantily clad women announcing the next round. Spectators tended to crowd around the fighters in a roughly circular ring, which may or may not have been drawn out on the ground before the match. In 1713, Sir Thomas Parkyns described a typical match as including eye-gouging, choking…(more) 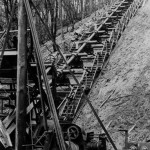 WW2 saw the nations of the world investing massive amounts of manpower and money into the development of better ways to extinguish life in hopes of turning the tide of the war in their respective favors, sometimes including coming up with outlandish contraptions like (surprisingly effective) bat bombs and pigeon guided missiles, anti-tank dogs, flying jeeps and tanks, suicide torpedoes, super ships made of ice, and even balloon bombs randomly sent out with the hope they might land somewhere thousands of miles away on enemy soil. Today we’ll be looking at another notable WWII weapon, the V-3 cannon- a piece of artillery capable of hitting a target more than 100 miles (165 km) away, shooting its projectiles at around 3,400 mph (5500 km/h)! Technically defined as a “supergun”…(more) 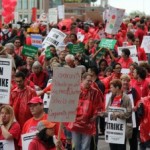 Why are strikebreakers called scabs?

Striving to win safer working conditions, shorter hours and better pay, over the past few hundred years laborers have periodically joined together in work stoppages, called strikes. Only effective when the work needed by the “boss” (be it a single business, a whole industry or an entire nation) doesn’t get done; if replacement workers do the strikers’ jobs, the strike usually fails. As you can imagine, those replacement workers are not, and historically have not, been very popular. Derived from the Old English sceabb and the Old Norse skabb(both meaning “scab, itch”), the word “scab” had become an insult by the late 1500s, having adopted a secondary definition that meant…(more) 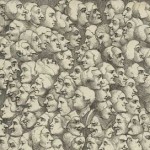 The condition is known as “prosopagnosia” / “facial agnosia”, or in less medical terms: “face blindness”. (“Prosopagnosia” actually literally means: “face ignorance”.  “prosopon” = “face”, “agnosia” = “not knowing” or “ignorance”). Once thought to be incredibly rare, with only 100 or so documented cases up until the last decade or so, it’s now thought that around 1 in every 50 people suffers from this condition; though for most, they just have a really hard time recognizing people by their faces. For instance, in one study, a person with this condition was shown a picture of Elvis Presley and thought it was Brooke Shields. For some, the condition is so severe that they can’t even recognize…(more) 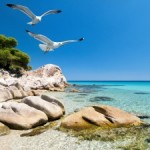 Seagulls will not blow up if they eat Alka-Seltzer

Seagulls, or gulls depending on how much you dislike syllables, are considered a pest to many, a minor, avoidable annoyance to many more and the harbingers of death OH GOD LOOK AT THEIR COLD DEAD EYES! to my neighbour who doesn’t get out much.  Over the years, there has been a persistent and rather macabre urban myth circulating that gulls will explode if they’re fed Alka-Seltzer. Sadly, we’re here to inform you that this isn’t true. Though the myth has many subtle variations depending on where exactly you’re reading it, it basically reads as follows. If you feed a hungry gull an Alka-Seltzer tablet or a similar product (gulls aren’t really that discerning when it comes to their choice of indigestion relief if we’re honest), upon hitting the bird’s stomach, the tablet will work its magic and cause the gull to violently explode…(more) 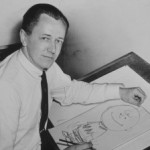 To say that Peanuts is the most famous daily comic strip in the history of the art form is an understatement. Like Superman and Mickey Mouse, Peanuts transcended its medium and became woven into the fabric of society. Readers of all ages found something to connect with—Charlie Brown’s perseverance in the face of one disappointment after another, Snoopy’s cool, Lucy’s crabbiness, or Linus’s innocent wisdom. The sheer numbersPeanuts generated are still unmatched, nearly two decades after the strip came to an end: From 1950 to 1999, Charles Schulz wrote and drew 18,250 daily Peanuts strips. They appeared in 2,600 newspapers…(more)