The Widespread Nuclear Disaster Everyone Promptly Forgot About 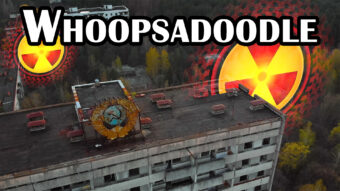 If you’ve ever heard of Ciudad Juárez, Chihuahua, Mexico at all, it’s probably because for a time the densely populated town next to El Paso, Texas was known as “the most dangerous city in the world”. But it turns out that at one point a bizarre sequence of events led to a rather odd nuclear disaster occurring there. Now, you might at this point be wondering how such a thing could happen given the area does not have a nuclear power plant and Mexico is not a country that has nuclear weapons either. So how did they have a widespread nuclear disaster?

On December 6, 1983, one Vicente Sotelo Alardin and Ricardo Hernandez, two maintenance workers from the hospital Specialties Medical Center (Centro Medico de Especialidades), were told to take equipment from a warehouse to be sold as scrap. While gathering said equipment, Vicente and Ricardo saw a Picker 3000- a radiotherapy machine used for cancer treatment. Probably ignoring what it was or how dangerous what was inside it could be, they decided to disassemble it out of curiosity using Jeremy Clarkson’s favorite tool: A hammer. Inside the engine head they found approximately 6000 small pellets of cobalt-60.

For the uninitiated, Cobalt-60 is a radioactive isotope that is created when cobalt-59 is bombarded with a neutron source. When it decays it emits beta particles, which are high energy neutrons or positrons and gamma rays which are considered the emissions with the highest energy levels in the electromagnetic spectrum. As you might imagine, this is not good for your health since it could give you radiation poisoning and an acute case of “dead”- the prognosis after being diagnosed with death is, naturally, not good.

So at this point, you can probably start to see the issue for the two maintenance workers. But how did the problem become widespread?

Vicente and Ricardo took everything they could carry to a local Junkyard called Yonke Fenix using Vicente’s Datsun pick-up truck. Along the way pellets fell out of the vehicle. It should be noted that these pellets were VERY dangerous and with a half-life of 5.27 years, meaning that to reduce the emissions by half you have to wait a whole 5 years. They sold everything they had collected for $8.50 USD (about $26 today) and went back home. On the way, the pick-up truck broke down and it was parked next to the Rio Grande river for two days. According to Vicente, after fixing the truck, he drove it and parked it in front of his house. As if all this bad luck wasn’t enough, he

found out that someone stole the battery from the vehicle just outside his own home. Seeing it couldn’t be moved, he decided to leave it there and replace the battery later… The result was that he left it there for several weeks. According to the report from the Mexican agency, the National Nuclear Safety and Safeguards Commission (CNSNS), the pick up was found only after January 26, 1984, meaning the highly radioactive pick-up truck was parked for 7 weeks in a densely populated area.

OK, that’s still not super widespread though. So how did it get worse?

Well, matters didn’t improve when the junkyard (not knowing they received highly dangerous material) started to move it around using an electromagnetic crane and other equipment, polluting them and spreading the radiation like a massive invisible infection.

More significantly, the junkyard had a deal with smelter factories to take some scrap metal and use it for rebar in construction projects and table legs. The net result was some 6,000-20,000 tons of contaminated metal being made to be used in buildings and other such projects all over- all without anyone being the wiser at this point.

So, if neither Vicente, Ricardo, the junkyard workers or the smelter factories knew the material was radioactive. How did we find out about this? Well, the era before smartphones and widespread use of GPS might have saved lives. By January 16, 1984, one of the trucks that carried some of the radioactive steel through the United States got lost in New Mexico. While trying to find the right route, the truck passed quite near to Los Alamos National Security Lab. Yes, THAT lab. (Where the Manhattan Project was developed)

The lab had sensors that detected radiation just outside the facilities, because, you know… they don’t want their radioactive materials to leave the premises without authorization for obvious reasons. When the radiation was sensed, it triggered cameras that took pictures of the vehicle. Using these photographs the agency tracked the vehicle and tried to contact the driver, finally catching up to him at a motel. When the driver left his room, he was surrounded by a small army of people wearing protective suits to handle the situation.

When the agency measured the radiation of the vehicle, it emitted and astounding 1,000 rems. To give you an idea of how high this is: You will get serious radiation poisoning symptoms and possibly death at around 300 rems. The truck emitted more than three times this while traveling about on United States soil. After they found out the truck came from Mexico, the American authorities contacted the appropriate Mexican agency to figure out what was going on. Then then expended considerable effort to ultimately track down all the contaminated material, and attempt to contain the rather far flung problem as fast as possible.

While the United States authorities estimates they gathered 90% of the radioactive steel that entered their country and returned it back to Mexico, Mexican authorities had worse results in dealing with the same problems and shady practices played a huge part of it: When the authorities located the pick-up truck, they isolated it by temporarily dropping it in one of the most popular public parks in Ciudad Juarez, securing it with just a fence. Meanwhile, in an attempt to find each and every dropped pellet in the city, they had all the roads cleaned by steelworkers sweeping the streets and sifting through dirt with shovels and plastic bags while CNSNS personnel hid behind barrels filled with water. For anyone out there working with cobalt-60: This is not how you safely secure such radioactive material. On top of that, they had to track down every contaminated batch of steel that was transported around the country, which is a daunting, almost impossible task.

In an attempt to help, the United States Department of Energy provided a helicopter equipped with sensors to check for “hot spots” and look for these pellets and steel, but it might not have been enough. It is believed that thousands of tons of radioactive steel rebar was transported to multiple Mexican states to be used in housing and buildings. There is still a local legend that one of the largest mall centers of the city is built with “hot steel” and hidden from public record by corruption and bribery. Although this has not been corroborated, the dates of construction conveniently align for this to be possible.

All the hazardous material found near Ciudad Juarez was ultimately stored in a nuclear graveyard located at the Samalayuca desert near the city, about 24 kilometers or 15 miles away from the downtown area . According to the National Autonomous University of Mexico (UNAM), this facility is improperly built and it represents a risk of pollution to the underground water deposits.

Originally these deposits were built open to the environment, but as of today satellite images show these graveyards sealed, appearing to be covered only with sand. Not a great method in a region known for occasional strong winds and sandstorms. “Radioactive wind” being rather less than ideal.

Meanwhile Vicente was used as a scapegoat by the administration of the hospital, allegedly being threatened to pressure him into signing a confession saying he stole the equipment. Vicente later claimed, “The truth is that we were never told that the machine had contamination, […] not one sign with a skull or something like that”.

This was confirmed and documented in the CNSNS report adding that the warehouse didn’t comply with the minimal requirements for the storage of this machine. The hospital denied wrongdoing, with one of its doctors going so far as to claim: “I don’t think we should accept (liability). We are not guilty for the acts from a disloyal employee”.

Of course, the hospital had previously purchased the machine without a license from an imaging company in Fort Worth, Texas for around $16,000 USD. As if this doesn’t sound negligent enough, the hospital was unable to hire a specialist for the machine to be used, so it just sat in the
warehouse collecting dust rather than ever being used.

So, at this point you might be wondering “what were the health consequences for the population?” Well, as you might expect given it was difficult enough just to track down the contaminated materials and how massively widespread the issue ended up being, this is hard to say.

Looking at the definitely contaminated individuals, medical studies reported cases of chromosome damage and abnormal sperm or diminished count among the junkyard workers and other neighboring citizens. These signs have the potential to progress into other health issues, such as cancer or congenital defects for their offspring. More worrying is that there is no way to measure the actual damage to those exposed on the long run due to stray pellets or houses made with contaminated steel, etc.

As to what happened to Vicente, the owner of the pick-up truck, shockingly, despite pretty extreme exposure and initial radiation poisoning symptoms including burns, vomit and diarrhea, he was fine in the long term. He even earned the nickname: “Vicente the Bionic Man”, due to his apparent good health after his exposure… what is the relationship between “surviving radiation exposure” and “bionics”? Who knows, but hey; it is an awesome nickname.

For Mexican Town Fears Linger Over Theft of Radioactive Cobalt

The Largest Contamination in America