Do Scientists Ever Name Creatures After People They Dislike Out of Spite?

January 22, 2019 Karl Smallwood
Philip R. asks: Has any scientist ever named a newly discovered creature after someone they dislike out of spite? 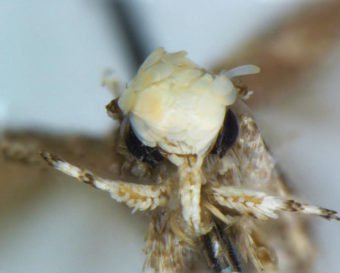 Naming a newly discovered species is a rather prestigious privilege. As you can probably imagine then, many see the act of choosing a suitable name for a newly discovered creature as a task that requires a great deal of consideration and thought, though this doesn’t necessarily mean scientist don’t occasionally have a little fun with it, as we’ll get into shortly. However, what is noteworthy to the topic at hand is they must follow a rather lengthy list of rules in doing so.

You see, to name a newly discovered creature you have to stick within a well-worn framework of binomial nomenclature that has existed in some way, shape or form since the eighteenth century. First formalised by famed naturalist Carl Linnaeus, there’s a Lord-of-the-Rings-thick tome describing exactly how one should name a creature. Known as The International Code of Zoological Nomenclature, this book goes into way more detail than is necessary for the purposes of this article, so we’ll just offer a Cliff notes version of what it discusses.

To summarise, to appease the International Commission on Zoological Nomenclature the chosen name for a newly discovered creature needs to be unique and, most pertinent to the question posed at the beginning of this article, the rules do state, “No author should propose a name that, to his or her knowledge or reasonable belief, would be likely to give offence on any grounds.”

In addition, a less concrete, but nonetheless commonly adhered to, rule is that when naming a newly discovered species you shouldn’t name it after yourself. Why? Well in the words of the Virginia Museum of Natural History’s curator emeritus, Judith Winston, “That’s tacky.”

According to Winston, it’s also considered somewhat uncouth to combine Greek and Latin when naming a new creature, with some taxonomy “purists” out there who would look down upon the person who did this, even though it doesn’t break any specific rule. We can only assume such people are also no fun at parties.

Moving on, it’s noted that so long as the rules are followed a person wishing to name a new creature can pretty much give it whatever name they like. In doing so, many have targeted celebrities, both because it’s a great way to get more publicity towards said scientist’s work and sometimes it’s just to honor a famous person they admire.

For example, consider the story of Ferdinando Boero, a jellyfish expert and fan of musician Frank Zappa who decided to combine his two passions purely so that he could honor and meet his musical idol. To do this Boero, who resided in Genoa, Italy applied for a prestigious fellowship to study jellyfish in Northern California. Once there, Boero kept his eyes peeled for any new species of the creature. Once he’d identified a few, he wrote to Zappa asking the singer if he’d like the honor of being immortalised forever as the official scientific name of a cool jellyfish. Zappa replied, telling Boero in a letter penned by his wife, “There is nothing I’d like better than having a jellyfish named after me.”

After receiving the letter, Boero gathered up a number of samples and rushed to Zappa’s LA mansion to ask the singer which jellyfish he felt most connected to. Zappa dutifully obliged, picking out his favourite jellyfish which Boero went on to name Phialella zappai in his honor.

In yet another case of a celebrity being honored by such a naming, we have a snail from northern Queensland that is the only member of the genus Crikey, literally named Crikey steveirwini, in honor of the late Crocodile Hunter.

The key word to note in the previous sentence is “honor” because as far as we can tell, virtually every case in which a celebrity or person of scientific prominence has had something named after them, they’ve considered it to be a compliment.

Likewise, in virtually every case we researched the person naming a given creature considers the act of doing so to be a compliment, even if the creature isn’t exactly something you’d think a person would be happy to be forever associated with in scientific literature.

For example, consider the curious case of, Baracktrema obamai, the official scientific name of a type of parasitic flatworm that lives in the blood of Asian box turtles.

Now, when it was first reported that parasitologist Thomas Platt had chosen this name for the parasite, it was framed by some in the press as a deliberate, knowing jab at the then president. However, Platt would later clarify that he intended for the gesture to be an honest compliment to Obama, noting that the creature reminded him of the president because – “It’s long. It’s thin. And it’s cool as hell.”

This sentiment was echoed by other taxonomists who explained in various interviews about the parasite that naming anything after a person is generally considered a huge honor in the world of taxonomy because it is basically enshrining that person in scientific literature forever.

A similar example from the other side of the political aisle is the moth Neopalpa donaldtrumpi, a species of moth endemic to North America named after then President-elect Donald Trump. As with the reported discovery and naming of Baracktrema obamai, some in the media chose to interpret the name as a jab at Trump. The fact that the moth is mostly unremarkable save for the fact that the male of the species has oddly small genitalia compared to its moth compatriots only made for even more hyperbolic headlines.

In truth, though, the moth’s discover, Vazrick Nazari chose the name because the moth possesses scales on its head reminiscent of Donald Trump’s distinctive hairstyle, which, looking at the picture at the top of this article. Kinda’ does…

Nazari would also note that he hoped naming the moth after the president would highlight “the importance of conservation of the fragile habitats that still contain undescribed and threatened species”.

On that note, Nazari’s decision to name the moth after Trump due to it resembling him in some manner is a popular naming trend with new species, some of our favourite examples of which include –

There are literally so many of these that we couldn’t possible cover them all and we invite anyone who’s interested to explore this giant list of creatures named for individuals to your heart’s content.

But going back to the original posed question- surely there must be at least one exception, right? One scientist who named a creature after someone they disliked out of spite? It turns out, there is at least one, credited to none other than Carl Linnaeus himself.

Linnaeus apparently got so sick of a botanist called Johann Siegesbeck criticising his work that he named what has been described as a “small, useless European weed” after him. For the curious, the weed’s scientific name is simply Siegesbeckia.

Outside of this, however, it appears that academics almost always choose to adhere to the rule of naming things in such a way as to not cause anyone offense, and it’s generally considered a great honor to have a creature named after you, regardless of how unsavory said creature may be.