The Final Frontier Part 5: Are the Odds of Successfully Navigating an Asteroid Field Really Approximately 3,720 to 1? 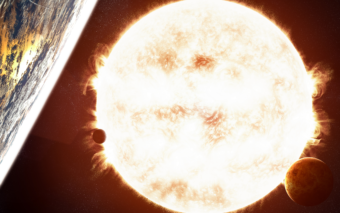 In this episode of The Brain Food Show, we begin by discussing the real origin of Tang and what that has to do with Pop Rocks and how they work. We then move on to the interesting story behind the invention of Velcro and how it works.

Next up we look at whether NASA really spent many millions of dollars developing the famous “space pen” instead of just using a pencil like the Russians.

Moving on from there we discuss the fascinating reason why only one side of the moon faces the Earth and how this happened and is still happening, with the Earth itself slowing down such that in theory at some point only one side of it will face the moon.

Moving on, we look at what the actual odds of navigating a typical asteroid field in space would be and whether the depictions in movies here are actually accurate.

Finally, we respond to some user feedback, including on initial attempts listeners of the female persuasion have made to pee standing up without peeing all over themselves (which sounds even weirder to write, but is in reference to a previous space episode ;-)), and the interesting phenomenon of people using the show to fall asleep every night and whether we should take that as a good thing or a bad thing… 😉

Also for reference, here is a picture of the two sides of Velcro under a microscope and another of the burdock plant seeds mentioned.