September 11, 2017 Uncle John's Bathroom Reader
The following is an article from Uncle John’s Bathroom Reader (For more in this series, see: A Scheme to Sell More Radios, the Founding of NBC and Network Origins: CBS) 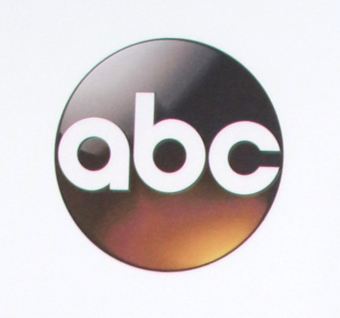 When NBC was forced to break up its radio broadcasting monopoly and spin off one of its two networks, it decided to get rid of the least profitable one. The result: ABC.

In 1940 the FCC issued a report stating that commercial radio in the United States was unfairly dominated by CBS, Mutual Broadcasting, and the two networks of NBC (NBC Blue and NBC Red). The government agency ordered NBC to get rid of one of its networks. So NBC kept NBC Red, its cash cow and home of its most popular shows, and in 1942 it put NBC Blue, which aired mostly news and public affairs programs, up for sale.

THE NETWORK WITH A HOLE IN IT

Noble was out of his element running a radio network. He had no experience in broadcasting, and wasn’t willing to spend any money to pull ABC out of the ratings gutter (it was in fourth place out of four networks). Not only would he not invest in stars and writers for top-shelf programming to compete with CBS, NBC, and Mutual, but he actually cut wages. At the end of 1943, his employees opened up their bonus packages and instead of a check found…a ten-pack of LifeSavers.

Noble had good reason to be worried about money. As television became the hot new medium in 1946, radio ad revenues began dropping, but there wasn’t enough money in TV yet to make up for the costs of buying the expensive technology, much less the programming. ABC, evicted from the NBC-owned RCA Building in New York, bought a riding academy on 66th Street and set up offices and radio studios in what had been horse stalls. The riding ring in the middle became the fledgling TV network’s studio. A 20-year-old pie delivery truck was the vehicle for remote shoots.

ABC programming was equally low-budget. In 1948 its weekly schedule featured only five total hours of programming that aired over Sunday, Monday, and Wednesday. Most of that time was taken up with roller derby and wrestling, but ABC also had Hollywood Screen Test, in which promising young actors played out scenes in front of a camera, hoping to get “discovered.” The popular show lasted until 1953, and gave exposure to such up-and-coming stars as Jack Lemmon, Grace Kelly, and Jack Klugman.

THE HAPPIEST PLACE ON EARTH

In 1953 ABC-TV was still struggling to compete with CBS and NBC and was nearing bankruptcy…until it found a cash windfall. Just as ABC had been the result of a broken-up monopoly, the United Paramount Theaters cinema chain had been jettisoned from Paramount Pictures in 1949. UPT merged with ABC, installing its chief executive, Leonard Goldenson, as head, displacing Edward Noble as owner, who remained on the network’s board of directors. Goldenson’s experience was in the movie industry, and that’s what he relied on to build up ABC. He couldn’t participate in the movie business because of the antitrust ruling, but he could convince studios to work for TV. The studios, viewing television as a threat to the movie business, had boycotted the medium, but Goldenson went about changing that, convincing some of them that there was significant money in producing programming for his network.

One studio head who called back: Walt Disney. Disney was trying to finance a new theme park he planned to call Disneyland. At the time, amusement parks were viewed as disreputable places filled with dangerous rides, surly carnies, and rigged midway games. Disney couldn’t get banks or other investors interested in his idea, so he came to ABC with a deal: In exchange for a $15 million loan, ABC would get a 35% stake in the park. And in exchange for producing a weekly show hosted by Walt Disney, ABC would pay Disney $35 million in licensing fees over seven years. Disney got his theme park, and ABC got its first Top 10 show: the Disney anthology series Disneyland (1954–61).

In 1986 media conglomerate Capital Cities Communications bought ABC. But in 1996 the Disney deal of the 1950s came full circle when the Walt Disney Company paid $19 billion for Capital Cities/ABC…or, factoring in inflation, about 250 times what Edward Noble paid.