January 15, 2017 Dusti
This is a weekly wrap of our popular Daily Knowledge Newsletter. You can get that newsletter for free here. 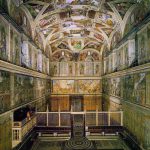 Wolfgang Amadeus Mozart is known for many things, few of which we care to cover on this site because you probably already know all about them. Instead, we prefer to cover things that you likely didn’t know, like that the alphabet song was based on a tune by Mozart, or covering his extremely adult themed works that included a bit of an obsession with all things scatological, and the significantly more family friendly subject of today- that time Mozart pirated a cherished choral arrangement from the Vatican, reportedly all from memory. That piece was Miserere mei…(more) 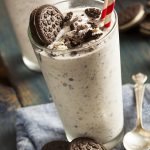 The Fascinating Origin of the Oreo 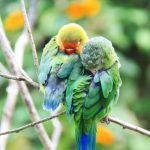 Everyone needs sleep, but for many birds, by necessity this has to happen while perched on a branch or other place that must be gripped. Anyone who has ever fallen asleep reading and found her book on the floor knows how difficult it can be to hold onto something while snoozing. So how do perching birds do it? Powered by tendons, the feet of grasping birds (think perching birds and raptors) have a pair of them in the back, flexor digitorum longus and flexor halluciss longus, which are connected to deep flexor muscles in the leg. The digitorum branches and works the three toes in the front, while the hallucis works the back toe, known as the hallux. Both stretch over the ankle, and when the bird lands and the ankle bends, this forces both…(more) 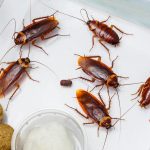 What do Cockroaches Eat and Where do They Live When There are No Houses Around?

Of the 5,000 known species of cockroaches, those that most plague people are the American cockroach (Periplaneta Americana) and the German cockroach (Blattella Germanica). American Cockroach; Americana is the largest cockroach…(more) 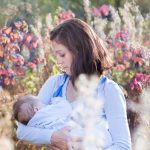 Is It Possible to Breastfeed With Implants?

Given the well-documented benefits of breastfeeding to the long- and short- term health of children, the American Academy of Pediatrics (AAP) recommends exclusively breastfeeding infants for at least the first six months, and continuing to nurse, along with giving supplemental foods, throughout the first year of life. In fact, if one so chooses, babies can get everything they need nutritionally from the mother’s milk up until about a year old, at which point their diet must be supplemented with solid foods. However, many women who have had breast implants fear that they may not be able to breastfeed their children, assuming that their implants will impair their ability to nurse, or at least do so effectively; luckily, this is mostly a myth, and, in fact, most women with implants who wish to do so are able..(more) 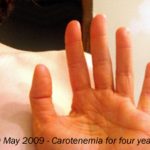 If You Eat an Excessive Amount of Carrots, Your Skin Will Turn an Orangish/Yellow Shade

Take notes those of you from New Jersey, you don’t need to get a fake tan to turn orange, you can simply eat large amounts of orange plants, such as orange carrots. The resulting condition is known as carotenemia and isn’t as uncommon as you might think. It particularly rears its orangish-yellow head with infants that are often fed copious amounts of mushed carrots and a variety of vegetables that contain high amounts of carotene. Carotene is a pigment and if you consume a lot of it, the carotene levels in your body build up and your skin will turn orangish-yellow. This effect will typically first show up with your nose and/or palms showing the color first, which is why you occasionally see babies with orange noses. Luckily, especially for kids whose parents over feed them carrots…(more) 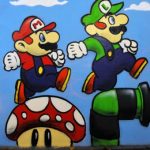 Believe it or not, the history of Nintendo goes all the way back to 1889. And before you ask- no, they were not selling Mario figures carved from wood. Originally named “Nintendo Koppai”, the small business based in Kyoto started by Fusajiro Yamauchi produced Hanafuda Cards. For those unfamiliar, these are simple playing cards that are used to play multiple games – much like the more common standardized 52 playing card sets. Nintendo’s cards were hand made and quickly gained in popularity. (If you’re wondering about the name…(more)