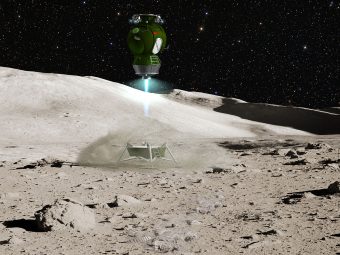 For nearly 20 years after Neil Armstrong stepped onto the Moon in July 1969, the Soviet Union categorically denied having a manned lunar program of its own. It wasn’t until the late 1980s that we began to learn just how close they came to beating the United States to the Moon.

Not too long after 9:00 p.m. on the evening of April 11, 1961, a United States government listening post off Alaska picked up the sound of human voices speaking in Russian. That wasn’t unusual; in the early 1960s, the Cold War was at its height, and the listening post had been set up for the purpose of intercepting Soviet communications.

But as the analysts studied the transmission, they realized that one of the voices was coming from space—low-Earth orbit to be exact—and the other voices were transmitting from the Baikonur cosmodrome in Soviet Kazakhstan, headquarters of the USSR’s space program. As the entire world would learn in a few hours, the 27-year-old cosmonaut Yuri Gagarin had just become the first human being to fly in space. As was typical with the Soviet space program, the launch had been kept a secret. The signals from space were probably the first inkling the United States had that it had been beaten in the space race once again.

Gagarin had blasted off at 9:07 a.m. Moscow time on the morning of April 12 (Moscow is 12 hours ahead of Alaska). He made just one orbit around the Earth before landing back on Soviet soil at 10:55 a.m. That’s not much of a spaceflight by modern standards, but in 1961 it stunned the world. Just as it had when it launched Sputnik, the world’s first artificial satellite, in October 1957, the Soviet Union had demonstrated that it, not the United States, was leading the way into space. The United States wouldn’t be able to send an American astronaut, John Glenn, into orbit until February 1962.

No one felt the sting of second place more than President John F. Kennedy. “Do we have a chance of beating the Soviets by putting a laboratory in space, or by a trip around the Moon, or by a rocket to land on the Moon, or by a rocket to go to the Moon and back with a man?” the president asked in a memo to his vice president, Lyndon Baines Johnson. “Is there any other space program which promises dramatic results in which we could win?”

JFK dispatched Johnson to NASA to get an answer. Wernher von Braun, head of rocket development, suggested that America had a chance at beating the Soviets in a flight around the Moon, but that it had an even better chance at being the first country to land a man on the Moon’s surface. JFK weighed the options and on May 25, 1961, made his famous speech committing the United States to landing a man on the Moon by the end of the decade.

On July 20, 1969, the United States won the race to the Moon when astronaut Neil A. Armstrong became the first human being to set foot on lunar soil. But had the Soviets contemplated trying to beat the United States to the Moon? For more than two decades after the Moon landing, the official answer was a definitive, categorical “Nyet!” The Soviets claimed they skipped the Moon race in favor of the more practical challenge of putting a space station into Earth’s orbit. And they succeeded—between 1971 and 1986, they launched seven different space stations into orbit.

The Soviets stuck to their we-didn’t-shoot-for-the-Moon story until August 18, 1989, when the government’s official newspaper, Izvestiya, admitted that the USSR had indeed tried to send a cosmonaut to the Moon, in what was one of the most closely guarded secret programs of the Cold War. They had actually come pretty close to succeeding: Were it not for one large technical challenge that proved insurmountable, the Soviet Union might well have won the race.

When the Soviets were planning their lunar program, they faced the same question NASA had faced: Did they want to go in one large rocket, or did they want to use several launches of smaller rockets to assemble a lunar spacecraft in Earth’s orbit before heading to the Moon? Launching everything aboard one rocket was a quicker option, and since beating America to the Moon was a high priority, that’s what the Soviets chose to do. They set to work developing a rocket big enough for the job, called the N-1.

Using one rocket, no matter how big it is, severely limits the options on how to get to the Moon and back, and because of this the Soviets’ secret program ended up looking a lot like the Apollo program, which also used one rocket, the Saturn V. But because the N-1 was smaller than the Saturn V, the Soviet mission would be smaller in many respects. It would have less room for cargo, and only two cosmonauts could make the trip, not three as on the Apollo missions. And that meant that only one cosmonaut would get to walk on the Moon, instead of two.

The Soviet plans called for the N-1 rocket to lift a command ship called the Lunniy Orbitalny Korabl (LOK) into Earth’s orbit. The command ship would then travel to the Moon and enter lunar orbit. An attached lunar lander, called the Lunniy Kabina (“Lunar Cabin,” or LK, for short), would then separate from the LOK and descend to the lunar surface with one of the cosmonauts aboard. The other cosmonaut had to remain on the LOK.

After spending about 24 hours on the surface of the Moon, the cosmonaut would climb back into the LK, launch back into lunar orbit, and dock with the LOK. Once the cosmonaut was safely back aboard the LOK, the LK would be jettisoned, and the LOK would fire its rocket, putting the craft on a return course to Earth. Then, when the LOK arrived in Earth’s orbit, the crew compartment would split apart from the rest of the LOK and re-enter the atmosphere with the cosmonauts aboard, parachuting to a landing somewhere inside the Soviet Union. The rest of the LOK would burn up on re-entry.

For all its similarities with the Apollo program, the Soviet lunar program did have its differences.

TOO LITTLE, TOO LATE

So why didn’t the Soviets make it to the Moon? Part of the problem was that the Soviet leadership didn’t take the challenge seriously until it was too late to catch up with the Americans. Premier Nikita Khrushchev endorsed the idea of a lunar program in 1962, but it wasn’t until 1964, more than three years after JFK put NASA on a course toward the Moon, that the Soviet leadership started committing resources to the project.

By then it probably would have been too late for them to catch up with the United States even under the best of circumstances, and the Soviets made the situation worse by designing the giant N-1 rocket so that it used 30 smaller rocket motors instead of fewer, more-powerful motors. (NASA’s Saturn V used five rocket motors—that’s how it got its name.) Getting 30 rocket motors to work together in perfect unison without shaking each other apart is next to impossible, and the Soviets never did pull it off. The N-1 was only test-launched four times—twice before Neil Armstrong landed on the Moon and twice afterward. All four tests ended in failure; the rockets either exploded or malfunctioned and had to be destroyed by the Soviet ground control.

Given the open nature of the Apollo program and subsequent NASA missions, it’s difficult to absorb just how covert the Soviet Union’s manned lunar program was. Launches took place in complete secrecy, although the United States did have an inkling that a Soviet lunar program was underway. The N-1 rockets were nearly 40 stories tall, and once they were rolled out onto their launch pads, it wasn’t hard for American spy satellites to find them or for the CIA to guess what rockets that big were designed for.

On a few occasions, the U.S. government was even spooked into thinking they were about to lose the race to the Moon. In September 1968, for example, the U.S. detected the launch of a rocket from Baikonur and tracked its course all the way to the Moon. They even detected the sound of a human voice in a radio signal transmitted from the spacecraft. Was this another Yuri Gagarin moment? This time, NASA got lucky—the voice was only a recording designed to test the spacecraft’s radio equipment.

NASA was so concerned about losing the space race that it sped up the pace of its operations. The Apollo 8 mission (December 21–27, 1968), only the second manned mission of the Apollo program, was originally intended to test equipment in Earth’s orbit. But the CIA was so convinced that the USSR was about to send cosmonauts on a flight around the Moon, NASA changed it to a circumlunar mission to keep the Soviets from beating them to the punch. Less than a year later, the Soviets—along with the rest of the world—watched the United States win the race.

With that, the Soviet lunar program lost much of its purpose. For a time, the Soviets considered expanding the program to include a base on the Moon—if they couldn’t get there first, they reasoned, they could still get there best. But the lunar program was canceled in 1974 as the Soviet Union shifted its emphasis to building space stations.

In the early 1970s, NASA began work on a reusable space shuttle. When informed that the United States’ shuttle would be able to carry military cargo over the Soviet Union, Soviet leader Leonid Brezhnev ordered up a space shuttle of his own.

The first American space shuttle, the Columbia, flew on April 12, 1981; the first Soviet space shuttle, named the Buran, or “Snowstorm,” flew on November 15, 1988. The Buran made only a single unmanned flight before the collapse of the Soviet Union in 1991 caused the program to be canceled.

Today the rivalry between the United States and Russian space programs is over, perhaps for good, as they work together with other countries to build the International Space Station.

Not much remains of the Soviet manned lunar program more than 30 years after it was canceled. Remember, it wasn’t just canceled; it was officially, categorically denied until the late 1980s, and by then nearly everything that could be recycled or reused by the Soviet space program had long since disappeared. Some parts that couldn’t be used for anything else were made into storage sheds, airplane hangars, and even bandstands and children’s playgrounds in and around the Baikonur Cosmodrome. Four of the LKs did survive, however. If you ever make it to France, you can see one of them on display at EuroDisney. 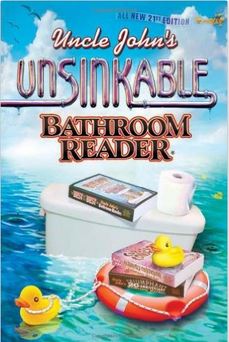