The Truth About Oil Pulling

September 29, 2015 TheMedicineJournal.com
This is yet another great article from our friends over at The Medicine Journal 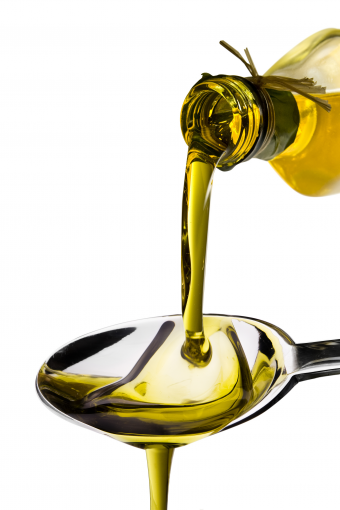 For those not familiar, Oil-Pulling is the act of filling your mouth with a tablespoon of food based oil and then you swish it around for 10-20 minutes before spitting it into the trash. While a quick online search will yield countless claims of a number of health benefits associated with doing this, the only real potential benefit appears to be related to oral health. For instance, two small studies done in 2008 and 2011 have shown using this method of mouth cleaning does cause a reduction in your plaque index, and helps reduce gingivitis. That being said, you can get the same, if not better, benefit from regularly swishing over-the-counter mouthwash. With no definitive studies showing how this method of oral sanitizing actually works under the hood, let’s take a closer look at what’s actually happening and why Gwyneth Paltrow says, “It’s amazing!”

The origins of oil pulling can be traced back to around 3500 years ago to a Hindu system of medicine known as Ayurveda (“life-knowledge”). This method aimed at achieving homeostasis within the body by treating the imbalances within one’s “bodily humors”. Known as Doshas, the system states that the dominant Dosha in each individual and their surrounding environment determines one’s health, including dental health. It was thought this particular remedy would whiten teeth, prevent tooth decay, oral malodor, bleeding gums and throat dryness. It also was thought to help with strengthening teeth, gums and the jaw.

More recently, the trend is catching on as a more natural way to clean your mouth and teeth.

As mentioned, the act is seemingly very simple- put a tablespoon of food based oil (preferably one of the healthy oils like sesame or coconut) in your mouth and swish it around until it becomes milky-white. Then you will need to spit it in the trash can. Don’t swallow it, or put it down the drain, lest doing this regularly and at the quantities involved you end up clogging both your bodily and household pipes.

There are several theories as to why this might help with oral care. They all seem to revolve around ridding the mouth of unhealthy bacteria.

The act of swishing any liquid around will inevitably help dislodge bacteria or left over food from all the tiny cracks and crevices of your mouth. Using oil to do this, instead of plain water, is touted to provide several other benefits- some more scientifically based than others. These supposed benefits include that oil helps provide a surface layer on the structures of the mouth, preventing any bacteria from adhering; using oil increases salivary excretion, thereby turning the salivary glands into a detoxifying organ; and finally, oil helps moisturize the gums, helping with dry mouth. Dry mouth has long been known to increase certain oral health issues.

The most interesting look at oils and why they help rid the mouth of unwanted bacteria comes from Doctors Sroisiri and Boonyanit Thaweboon and Dr. Jurai Nakaparksin in their study published in the Asia Journal of Public Health in 2011.

Titled “Effect of Oil-Pulling on Oral Microorganisms in Biofilm Models”, they took the two most common types of bacteria and the most common type of fungus in your mouth (Streptococcus mutans, Lactobacillus casei and Candida albicans) and exposed them to different types of food oils. What they found was that different oils affected the bacteria and fungus differently.

One of their theories on why these oils might help with removing bacteria and other microorganisms revolves around a process known as alkali hydrolysis, or more specifically, “alkali hydrolysis of oil by bicarbonates in saliva”. This basically just means that the swishing of your saliva turns the oil into soap. “These soaps are good cleansing agents and might be effective in removing microorganisms or plaque materials.”

While there seems to be evidence that oil pulling actually does provide some benefit, it isn’t clear whether it provides any additional benefits over standard brushing and rinsing with mouthwash, which may well be far more effective for other reasons. As Dr. Jessica T Emery, DMD, of Chicago states, “If patients prefer holistic approaches, I recommend letting them give oil pulling a try….. I’m certain that oil pulling can’t hurt you. When used in conjunction with regular brushing and flossing, I’m convinced it will actually help you.”

For those choosing this more natural approach to oral health, some proclaim there are other advantages over commercial mouthwashes. There’s no staining; some tout there is no lingering after taste; it has the potential to reduce allergic reactions compared to certain commercial options for some people; and the oils needed are most likely readily available in the house. In less commercially developed countries, where there aren’t any other options, these types of natural oils might be the only choice people have.

In the end, almost every dentist will tell you, more research and better controlled studies are needed before we know the exact ramifications of oil-pulling and its long term effects (whether positive or negative). And since oil pulling takes between 10-20 minutes, and the average person takes only 4 minutes to effectively clean their mouths using standard brushing and rinsing techniques, until more data is available, that’s probably the superior method of mouth cleaning for most. The extra time saved can be used performing other, more holistic approaches to health, like a little heart healthy exercise.