Roger Courtney and a Watery Gamble- The Establishing of the SBS 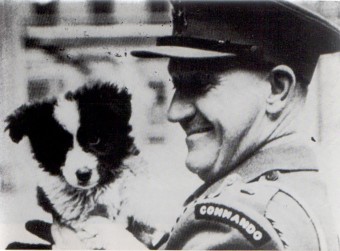 Described by the BBC as the “Shadowy sister of the SAS”, The Special Boat Service (more commonly known as the SBS) is likely one of the most well-trained and elite special forces units around today that few in the world have ever heard of, despite performing countless harrowing missions, dozens of hostage rescues and more than its fair share of daring night time raids going all the way back to WWII when an officer by the name of Roger “Jumbo” Courtney risked a court-martial to demonstrate to his superiors just how valuable a unit like the SBS could be.

Little is documented about Courtney’s life prior to his military service in WWII other than that he was an avid big game hunter and adventurer in Africa for a number of years. This is particularly important to the story at hand as he often regaled his fellow soldiers with stories about hunting lions and other big game in a canoe.

When Courtney heard about the outbreak of WWII, he returned to Scotland and enlisted in the military; sometime in 1940, he began serving with the now defunct No 8 Guards unit. Almost as soon as he became a commando with the No 8’s, Courtney managed to score a meeting with the Admiral of the Fleet, Roger Keyes. In the meeting, Courtney tried to sell the sceptical Admiral on the benefit of using canoes to quite literally “hunt Germans”. He argued that small, collapsible canoes could be used to silently sneak where powered boats could not. Keyes summarily dismissed Courtney’s proposal, stating that canoes were better suited for the boy scouts than the army.

Undeterred by Admiral Keyes’ lack of vision, Courtney arranged for a meeting with another high-ranking military official, Admiral Theodore Hallett, in the hopes that he would see the benefit of the proposal. Like Keyes, Hallett dismissed Courtney’s idea outright.

Frustrated with how quick his superiors had been to dismiss his proposal, Courtney, later described by Major David Sutherland as “a hard-drinking white hunter with a big line of bullshit and a persuasive tongue”, came to the conclusion that the only way to prove that his idea could work was to put it into practise. 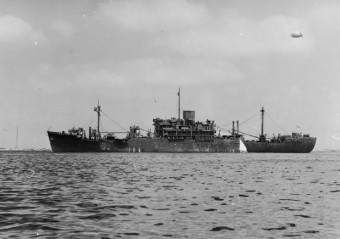 Four days after his failed meeting with Admiral Hallett, Courtney silently paddled a canoe along the River Clyde and stealthily climbed aboard the HMS Glengyle.

Once aboard, Courtney sneaked his way to the Captain’s quarters and scribbled his initials on the door. Just for good measure, before leaving he stole one of the ship’s deck gun covers, which had the ship’s name on it.

Courtney then slyly slipped away undetected and made a beeline for the nearby Argyll Arms Hotel where he knew Admiral Hallett was currently meeting some military bigwigs. Once there, Courtney waltzed up to Hallett’s private room, reportedly dressed only in a pair of swimming trunks, barged in and proudly proclaimed that he’d just managed to sneak aboard the Glengyle and make it to the captain’s quarters unmolested. When the captain of the Glengyle, who just so happened to be present at the meeting, scoffed that his ship could be infiltrated in such a way, Courtney unrolled the deck gun cover and placed it on the table.

Although Courtney had committed a potentially court-martial-able offence, as well as risked getting himself mistaken for an enemy and shot during the infiltration of the Glengyle, the fact that he’d been able to do this and make it to the captain’s quarters without being spotted during war time while half naked to boot, so impressed his superiors that they reconsidered their stance on how effective soldiers with foldable canoes could be. 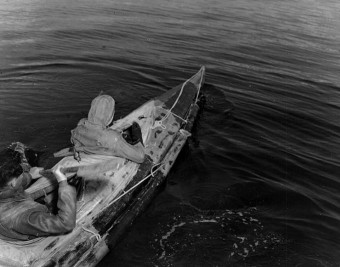 After his stunt, Courtney was asked to provide another demonstration, this time sanctioned, infiltrating a submarine depot ship. When that was successful as well, he was promoted and given command of 12 men, who he then trained in clandestine operations and the use of the “fol-boat”, a collapsible canoe made of rubber and wood that could be assembled or broken down rapidly.

The “fol-boat brigade”, as it was then known, carried out numerous missions during WWII, most notably paddling into an enemy port near the mouth of the Gironde and destroying several key ships harboured there in an operation that Winston Churchill claimed accelerated the end of the war by “six months”.

As for Courtney, despite being highly involved in the gruelling training of the first waves of SBS commandos, he wasn’t with the force very long, having to return to the U.K. due to health issues. He was ultimately relegated to a desk job and died just a few years after the war ended.

Today his legacy lives on in the form of one of the most highly trained and terrifyingly effective units of soldiers on Earth.