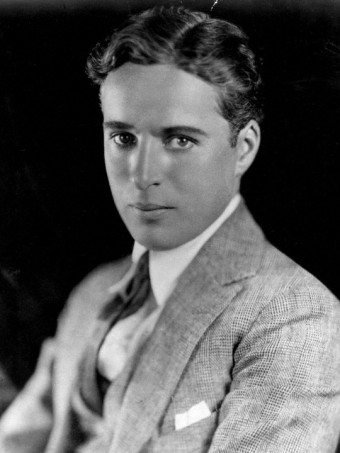 On the rainy, moonless night of March 2, 1978, two men entered a small village cemetery on the shores of Lake Geneva, Switzerland, to commit a macabre crime. After a bit of stumbling around in the dark, they located the grave of the world’s most renowned comedian, Sir Charles Chaplin, who had recently died on Christmas Day 1977 at the age of 88.

They began to dig, dreaming of the fortune that would be theirs thanks to the incredible ransom payment the Chaplin family would no doubt be willing to shell out. When the two robbers, 24-year-old Roman Wardas and 38 year-old Gancho Ganev, had extracted Chaplin’s coffin from its grave, they transported it to a cornfield and re-buried it to await their big pay day.

The next morning, it was obvious something was amiss in the Corsier-sur-Vevey cemetery. The pile of freshly-dug earth and the open, empty grave was ample evidence of what had transpired the previous night. One of the Chaplins’ employees was quoted as saying, “Lady Chaplin is shocked. We all are. We can only wonder why; why should this happen to a man who gave so much to the world?”

In spite of an aggressive investigation, no-one knew why for many weeks. So, in the absence of hard evidence, people naturally began to put forth their own theories:

1.) Charlie’s body was stolen by fanatical fans hell-bent on fulfilling Chaplin’s long-held desire to be buried in England, his native country.

2.) Anti-Semites had removed Chaplin’s remains from the gentile cemetery, as Charlie was part Jewish.

Nope and nope. The true reason became known in May, when the Chaplin family began receiving bizarre phone calls from someone demanding ever-increasing sums of money. They settled upon the amount of $600,000 for the return of Chaplin’s remains.

Ganev and Wardas were very aggressive and threatening when they made their ransom demands to the family. When speaking to Geraldine Chaplin, Charlie’s daughter, Wardas threatened to shoot her younger siblings if their demands were not met. The family held firm in their refusal, because as Oona Chaplin, Charlie’s widow insisted, “Charlie would have thought it ridiculous.”

The grave-robbers/ blackmailers were apprehended as the police were monitoring every phone kiosk in the area when Wardas placed a call to make another ransom demand. Both Wardas and Ganev were charged with attempted extortion and disturbing the peace of the dead. The twosome had a hard time remembering exactly where they had buried Chaplin for “safe-keeping”, but eventually his remains were located, and the owner of the field erected a cross on the spot where Charlie had rested for a short while.

His unopened, unharmed coffin was returned to Corsier-sur-Vevey. Lady Chaplin ordered that his grave be sealed with a thick slab of concrete so that the great comedic genius could, in future, rest undisturbed.