The Sacred Band of Thebes, What Monkees Do With Money and More, in Yet Another 10 Quick Facts 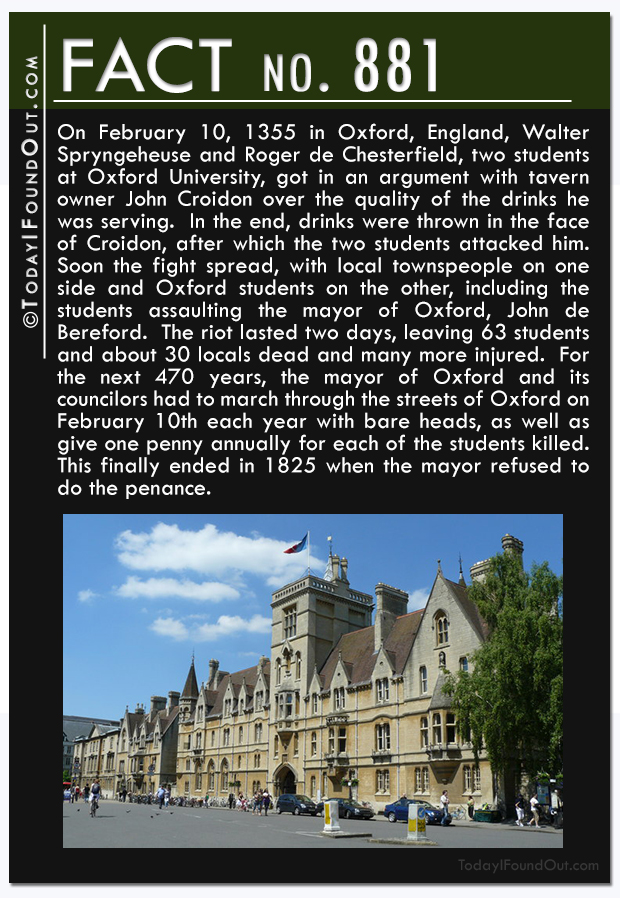 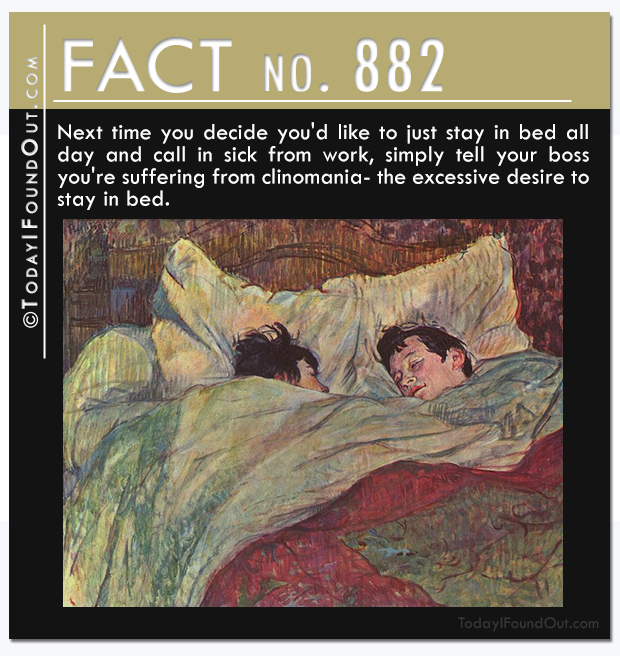 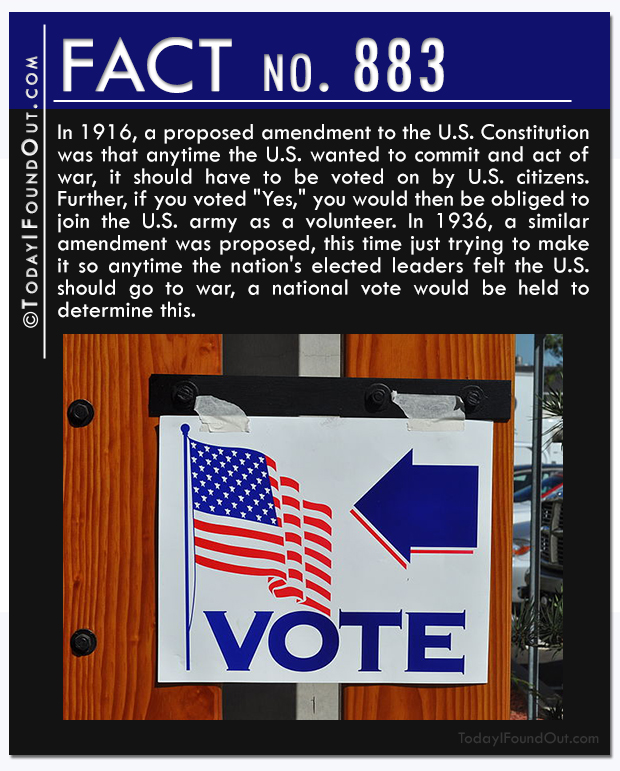 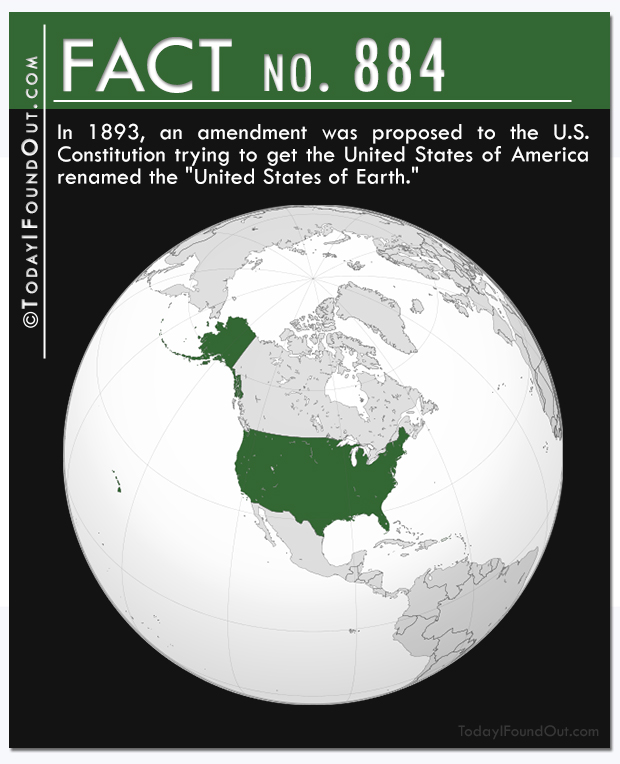 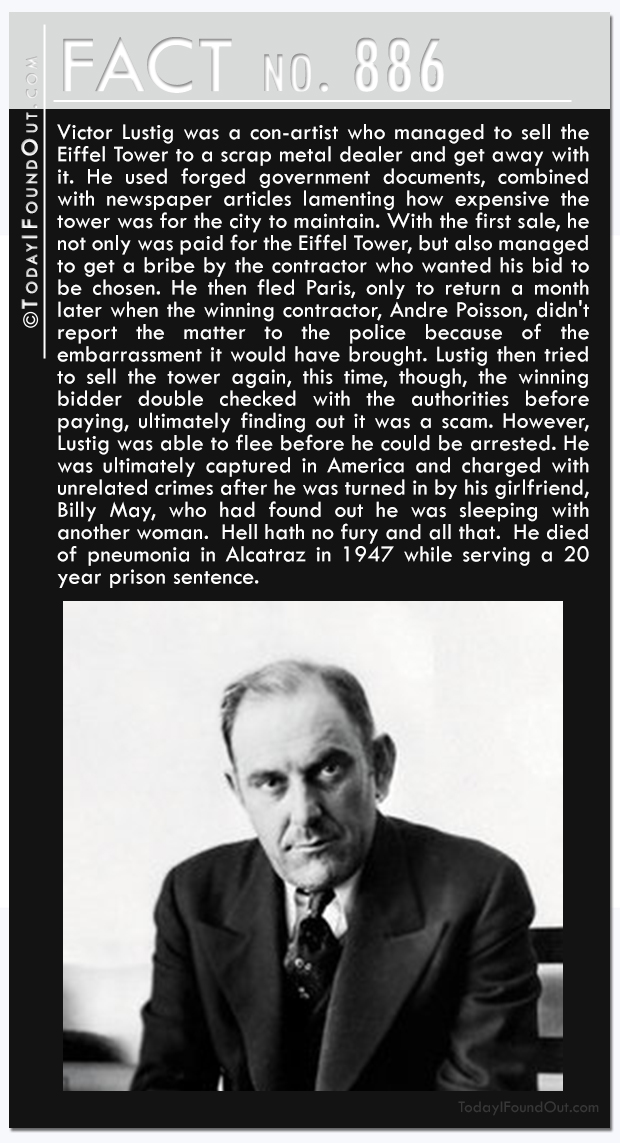 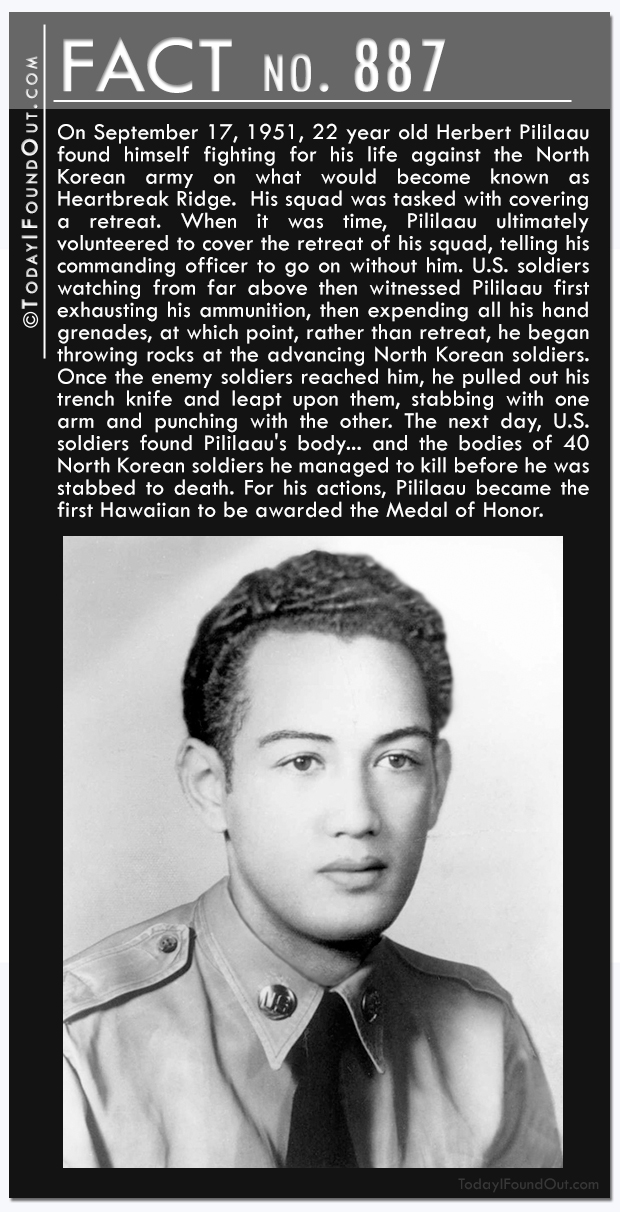 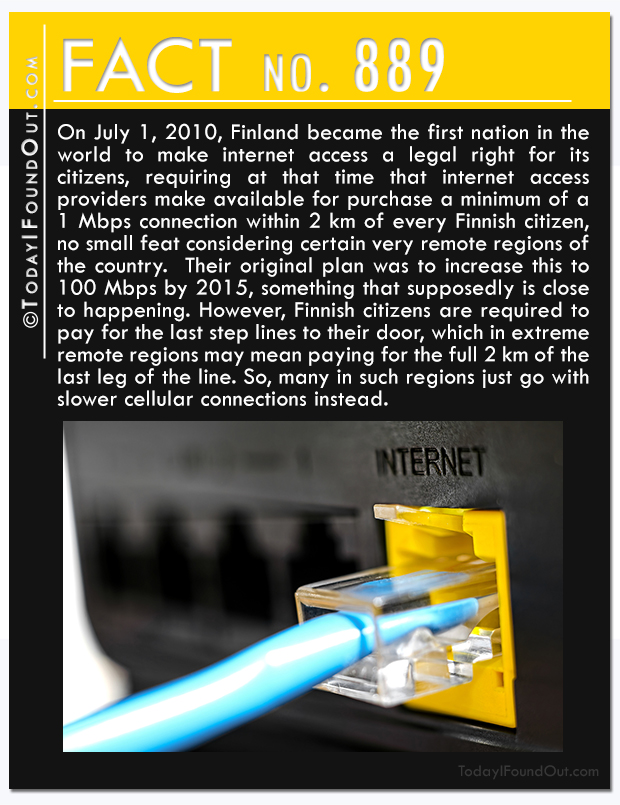 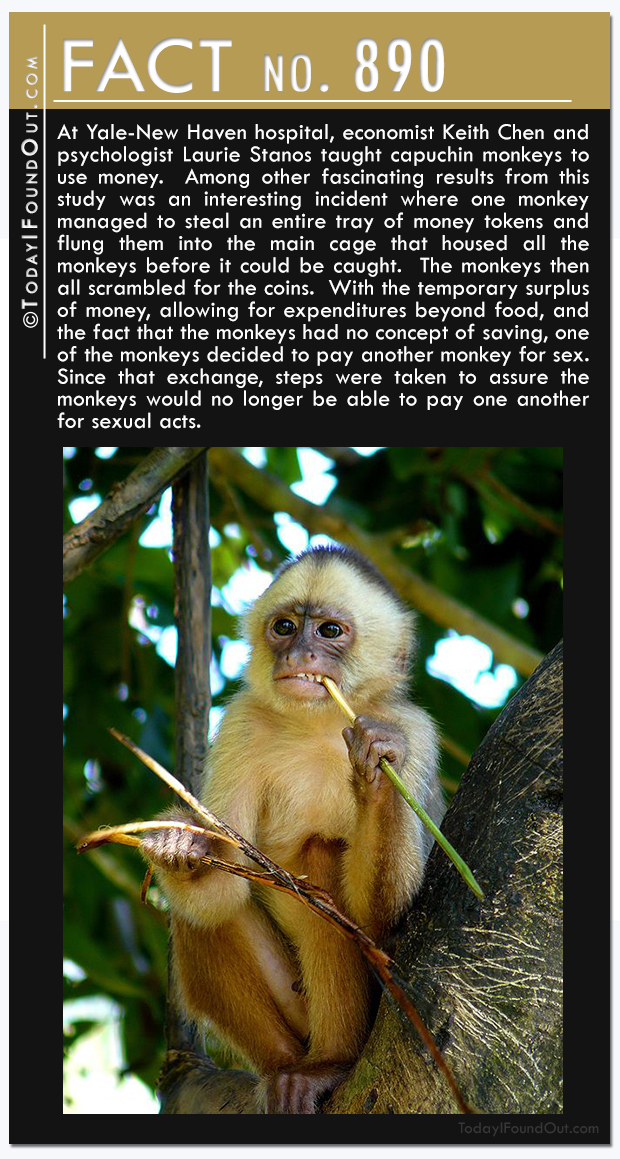 Quick Fact 881: On February 10, 1355 in Oxford, England, Walter Spryngeheuse and Roger de Chesterfield, two students at Oxford University, got in an argument with tavern owner John Croidon over the quality of the drinks he was serving.  In the end, drinks were thrown in the face of Croidon, after which the two students attacked him.  Soon the fight spread, with local townspeople on one side and Oxford students on the other, including the students assaulting the mayor of Oxford, John de Bereford.  The riot lasted two days, leaving 63 students and about 30 locals dead and many more injured.  For the next 470 years, the mayor of Oxford and its councilors had to march through the streets of Oxford on February 10th each year with bare heads, as well as give one penny annually for each of the students killed.  This finally ended in 1825 when the mayor refused to do the penance.

Quick Fact 882: Next time you decide you’d like to just stay in bed all day and call in sick from work, simply tell your boss you’re suffering from clinomania- the excessive desire to stay in bed.

Quick Fact 883: In 1916, a proposed amendment to the U.S. Constitution was that anytime the U.S. wanted to commit and act of war, it should have to be voted on by U.S. citizens. Further, if you voted “Yes,” you would then be obliged to join the U.S. army as a volunteer. In 1936, a similar amendment was proposed, this time just trying to make it so anytime the nation’s elected leaders felt the U.S. should go to war, a national vote would be held to determine this.

Quick Fact 885: For a period of 50 years in the 4th century B.C. a small force of 300 elite Theban soldiers dominated Grecian battlefields. What makes this band of brothers unique in history is that it was comprised entirely of male lovers, with each pair comprising of an erastes (the older man and mentor, called “lover”) and eromenos (the younger male and trainee, called “beloved”).   The deep attachment this pairing forged between the two males was seen as a military advantage.  Indeed, the Sacred Band were an incredible fighting force. For instance, the Band’s first victory was against a much larger Spartan force in 375 B.C., with one of the Band’s soldiers, according to Plutarch, remarking, “We have fallen into our enemies’ hands!” To which the leader of the Band, Pelopidas, remarked, “Why any more… than they into ours?” The Sacred Band crushed the much larger Spartan force; the first time in recorded history a Spartan army had been defeated by an army with inferior numbers. Their extreme loyalty to one another ultimately led to their utter defeat in 338 B.C. at the Battle of Chaeronea, when a young Alexander the Great, under his father Philip II of Macedonia, managed to defeat them. Because they would not leave one another or their fallen partners to retreat, the entire Band was killed.  According to Plutarch, the victor, Philip II, wept over their bodies. Later, a massive stone lion was erected over their burial site.

Quick Fact 886: Victor Lustig was a con-artist who managed to sell the Eiffel Tower to a scrap metal dealer and get away with it. He used forged government documents, combined with newspaper articles lamenting how expensive the tower was for the city to maintain. With the first sale, he not only was paid for the Eiffel Tower, but also managed to get a bribe by the contractor who wanted his bid to be chosen. He then fled Paris, only to return a month later when the winning contractor, Andre Poisson, didn’t report the matter to the police because of the embarrassment it would have brought. Lustig then tried to sell the tower again, this time, though, the winning bidder double checked with the authorities before paying, ultimately finding out it was a scam. However, Lustig was able to flee before he could be arrested. He was ultimately captured in America and charged with unrelated crimes after he was turned in by his girlfriend, Billy May, who had found out he was sleeping with another woman.  Hell hath no fury and all that.  He died of pneumonia in Alcatraz in 1947 while serving a 20 year prison sentence.

Quick Fact 887: On September 17, 1951, 22 year old Herbert Pililaau found himself fighting for his life against the North Korean army on what would become known as Heartbreak Ridge.  His squad was tasked with covering a retreat. When it was time, Pililaau ultimately volunteered to cover the retreat of his squad, telling his commanding officer to go on without him. U.S. soldiers watching from far above then witnessed Pililaau first exhausting his ammunition, then expending all his hand grenades, at which point, rather than retreat, he began throwing rocks at the advancing North Korean soldiers.  Once the enemy soldiers reached him, he pulled out his trench knife and leapt upon them, stabbing with one arm and punching with the other. The next day, U.S. soldiers found Pililaau’s body… and the bodies of 40 North Korean soldiers he managed to kill before he was stabbed to death. For his actions, Pililaau became the first Hawaiian to be awarded the Medal of Honor.

Quick Fact 888: The Eiffel Tower was not originally meant to be a permanent structure, simply being built to function as the entrance arches to the 1889 World’s Fair in Paris. The initial designs were made by Maurice Koechlin and Émile Nouguier (and later with contributions by Stephen Sauvestre) working at Compagnie des Établissements Eiffel.  Gustave Eiffel bought the rights to the patent on the design, which is why it bears his name.  The artists and other architects of France were not pleased about the tower, submitting a group letter to the Minister of Works and the Commissioner for the Exposition, stating, “We, writers, painters, sculptors, architects and passionate devotees of the hitherto untouched beauty of Paris, protest with all our strength, with all our indignation in the name of slighted French taste, against the erection … of this useless and monstrous Eiffel Tower … To bring our arguments home, imagine for a moment a giddy, ridiculous tower dominating Paris like a gigantic black smokestack, crushing under its barbaric bulk Notre Dame, the Tour Saint-Jacques, the Louvre, the Dome of les Invalides, the Arc de Triomphe, all of our humiliated monuments will disappear in this ghastly dream. And for twenty years … we shall see stretching like a blot of ink the hateful shadow of the hateful column of bolted sheet metal…”  Eiffel responded, “My tower will be the tallest edifice ever erected by man. Will it not also be grandiose in its way? And why would something admirable in Egypt become hideous and ridiculous in Paris?” Today, about 7 million people per year ascend the monument, making it once of the most visited monuments in the world.

Quick Fact 889: On July 1, 2010, Finland became the first nation in the world to make internet access a legal right for its citizens, requiring at that time that internet access providers make available for purchase a minimum of a 1 Mbps connection within 2 km of every Finnish citizen, no small feat considering certain very remote regions of the country.  Their original plan was to increase this to 100 Mbps by 2015, something that supposedly is close to happening. However, Finnish citizens are required to pay for the last step lines to their door, which in extreme remote regions may mean paying for the full 2 km of the last leg of the line. So, many in such regions just go with slower cellular connections instead.

Quick Fact 890: At Yale-New Haven hospital, economist Keith Chen and psychologist Laurie Stanos taught capuchin monkeys to use money.  Among other fascinating results from this study was an interesting incident where one monkey managed to steal an entire tray of money tokens and flung them into the main cage that housed all the monkeys before it could be caught.  The monkeys then all scrambled for the coins.  With the temporary surplus of money, allowing for expenditures beyond food, and the fact that the monkeys had no concept of saving, one of the monkeys decided to pay another monkey for sex. Since that exchange, steps were taken to assure the monkeys would no longer be able to pay one another for sexual acts.