Myths and Facts about Cholesterol 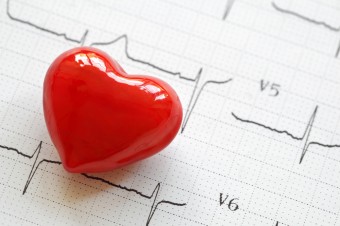 For years conventional medicine has told us that high cholesterol levels contribute to heart disease, and as a result, doctors have instructed patients to keep cholesterol levels low – at nearly any cost. Recent scholarship, however, has demonstrated that this all-or-nothing approach to cholesterol and heart disease is short-sighted, and could result in some unintended adverse consequences.

Cholesterol (in a nutshell)

A waxy solid, cholesterol is both a lipid (fat) as well as a sterol (steroid alcohol from which steroid hormones are produced). It moves throughout the bloodstream, attached to triglycerides and phospholipids, and together the three are known as a lipoprotein.

LDLs transport cholesterol throughout your body to the cells and tissues that require it, while HDLs collect any excess cholesterol and deliver it to the liver, which may use it to produce bile, or otherwise recycle it.

If there is extra fat and cholesterol in the system, there will be too many LDLs, and rather than delivering necessary cholesterol, they will begin to deposit extra cholesterol in the arteries – potentially causing atherosclerosis, blockages and heart attacks. (See: How a Heart Attack Works)

The body makes its own cholesterol.

Necessary for a variety of functions, nearly every cell in the body can produce its own cholesterol. Regulated by certain proteins, when cholesterol levels are low, one protein signals the cell to produce two other proteins – one type that makes cholesterol and another that works with LDLs to help them retrieve the cholesterol.

Although the cells can make cholesterol, the liver is the body’s primary producer, and it makes enough to share with other parts of the body.

What the body needs to make cholesterol is carbon, the most basic building block of life present in a wide variety of foods, including fats, proteins and carbohydrates. In fact, you can have a completely cholesterol-free diet, and your body can still make tons of cholesterol.

Cholesterol is necessary for the production of Vitamin D and sex hormones.

In order to turn sunlight into the Vitamin D necessary for a healthy immune system and strong bones, your body keeps a form of cholesterol in your skin, which absorbs the sun’s radiation and converts it into a substance that the liver works on to make hydroxyvitamin D. This latter is then sent to the kidneys, which convert it into usable Vitamin D.

Similarly, the sterols in cholesterol (steroid alcohols) are essential building blocks for creating the human sex hormones (which are steroids), these include estrogen, progesterone and testosterone.

Cholesterol is necessary to form the outer coating of cells.

An major component of the plasma membrane, or outer coating of cells, the rigidity of cholesterol helps support the cell’s structure and can affect its fluidity, even preventing membranes from freezing.

Cholesterol is integral to the production of bile, itself necessary for the digestion of food.

The body converts cholesterol into bile salts that are secreted into bile.

According to cardiothoracic surgeon Dr. Mehmet Oz, fewer than half of the people who enter hospitals with cardiovascular disease have high cholesterol.

Having high “good” cholesterol means you are less likely to have a heart attack.

Not necessarily. In a 2012 study published in The Lancet, it was revealed that when a person has high HDL simply due to genetic predisposition, he has no lower risk of a heart attack.

Patients complain of a variety of unwanted side effects from taking statins including muscle pain, fatigue and forgetfulness.

In addition, although one study showed lower mortality from heart disease in women who took statins, most research shows no difference between those who take statin drugs, and those who do not.

In fact, the only group for whom statin drugs have consistently shown a beneficial effect are middle-aged men who have previously suffered a heart attack.

Although years ago people with high cholesterol were warned off of high cholesterol foods like eggs and shrimp, better understanding of nutrition has revealed that cholesterol in food has far less effect on blood cholesterol than other types foods, particularly saturated fats.

In a 2003 study looking at 4,521 men and women age 65-94, rather than high cholesterol being culpable for shorter lifespans, it was found that low cholesterol was correlated with a higher risk of early death.

Inflammation, rather than LDL, may be a better predictor of heart disease.

Research has repeatedly shown a link between C-reactive protein (CRP), a “marker for inflammation in the body,” and heart disease. And although the jury is still out, many believe that CRP may be a better indicator for developing heart disease than high “bad” cholesterol (LDL) levels.

The biggest contributor to inflammation (and heart disease) may be high-glycemic carbohydrates.

Carbs that are the easiest to digest, like those found in most processed foods as well as sugars and commercially available breads and sweets, are termed “high-glycemic,” meaning they turn into blood sugar (glucose) quicker than lower glycemic foods.

Recent scholarship is beginning to identify a strong link between consumption of high-glycemic foods and heart disease, and the culprit, many feel, is that the additional spike in glucose stimulates inflammation, fat production and insulin resistance.