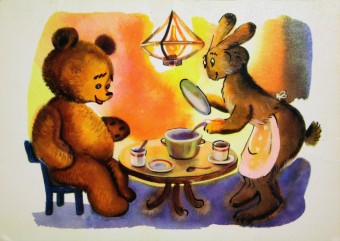 “Promise me you’ll always remember: You’re braver than you believe, and stronger than you seem, and smarter than you think.” -Christopher Robin to Winnie the Pooh

Christopher Robin Milne was born in London on August 21, 1920 to author Alan Alexander Milne and his wife Dorothy. For a first birthday gift, he received a teddy bear he named Edward. His new constant companion was about two feet tall, light brown and had a knack for losing its eyes. Edward and a real bear named Winnie at the London zoo provided the inspiration for what became the literary character of Winnie the Pooh.

Of course, Christopher himself was a central character in many of his father’s works. As a child, he took great pleasure from this, and even contributed to a few of his dad’s stories. Things changed, however, when Christopher went away to boarding school and had to deal with the taunts from the other boys. Then he began to resent his father’s fame and the part he played in it. When he was 13, he learned how to box to defend himself from bullying classmates.

While serving in the Middle East and Italy during World War II, Milne came to increasingly abhor what he believed was the exploitation of his childhood and the books at the root of it all. After his stint in the Army, he entered Cambridge University and earned a Third Class Honors Degree in English.

In July of 1948, Christopher married Lesley de Sélincourt, who was his first cousin. His mother didn’t approve of the match, never liking her brother and always hoping her son would marry his lifelong friend Anne Darlington. After their marriage, they opened a bookstore, which did very well. Milne had to deal with enthusiastic Pooh fans at times, but considered it an occupational hazard, and one would think it was probably good for business.

Shortly after his father’s death in 1956, he and his wife had a daughter, Clare, who was immediately diagnosed with severe cerebral palsy. She would later establish a charity called the Clare Milne Trust. His mother died 15 years later, still refusing to see her son.

Later in his life, Milne published several autobiographical books including The Enchanted Places, which details his childhood and the burden of being the real Christopher Robin. He gave the stuffed animals that inspired the charming stories so many have come to love to his editor, who in turn donated them to the New York Public Library so that all who love to read may enjoy them.

Christopher Robin Milne died in his sleep on April 20, 1996.