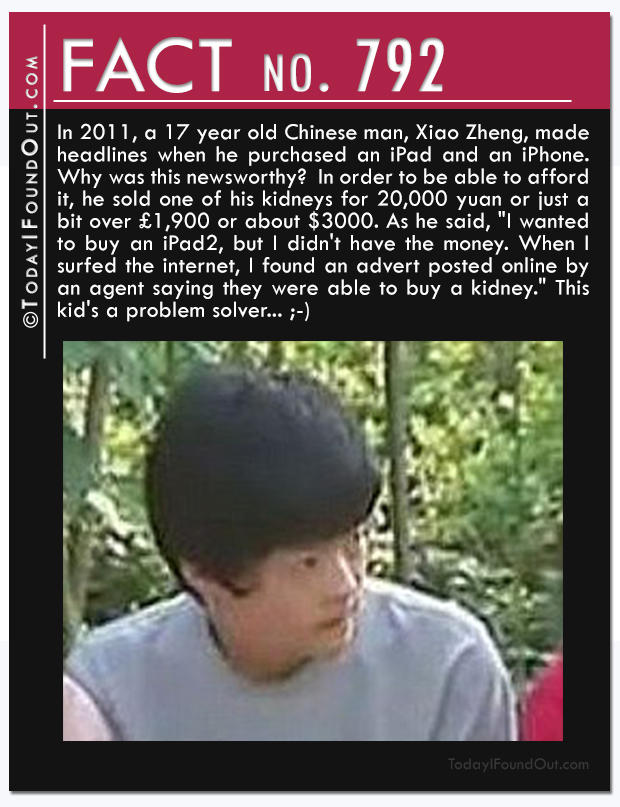 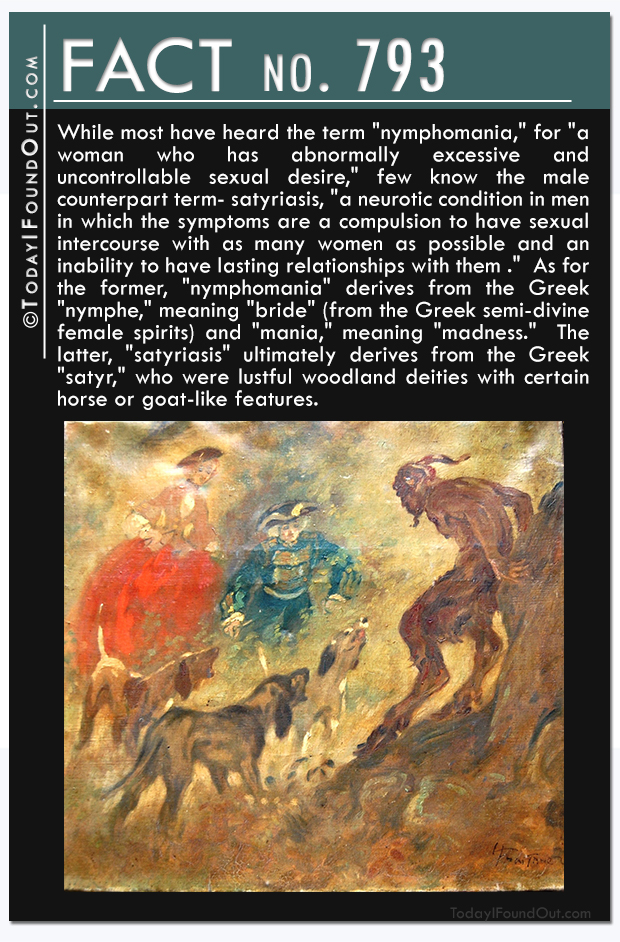 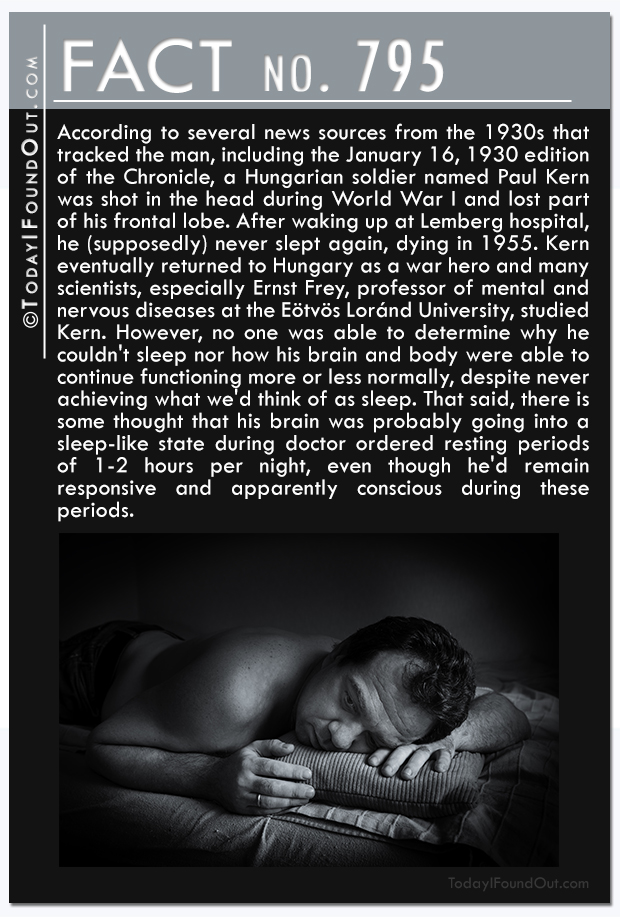 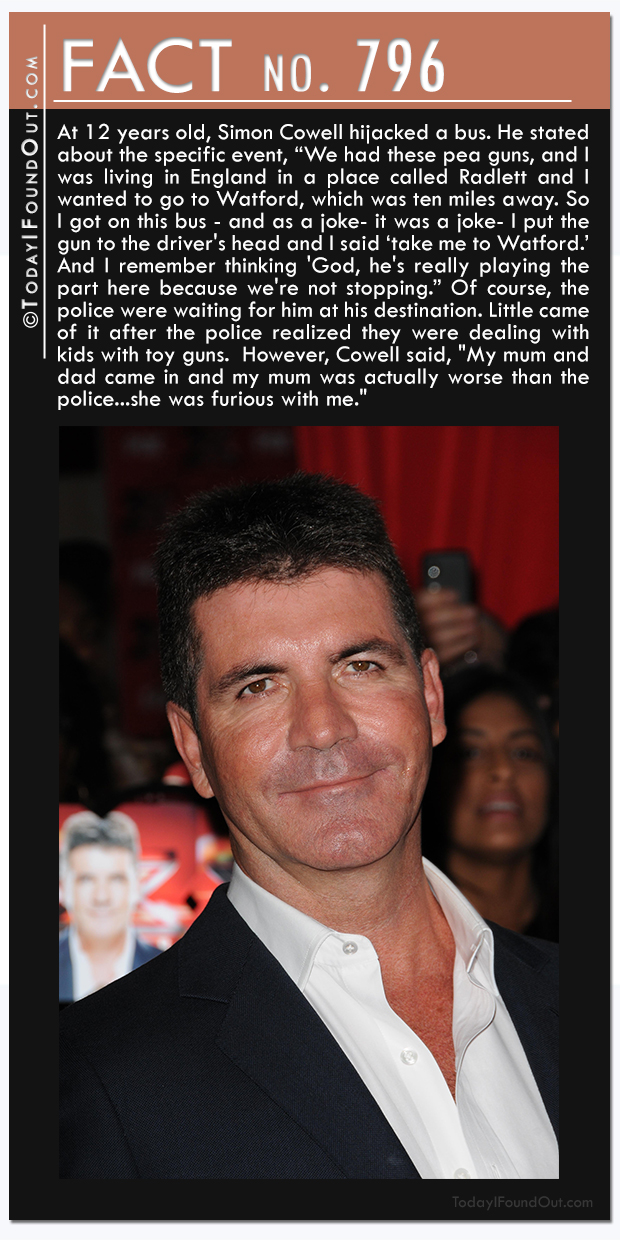 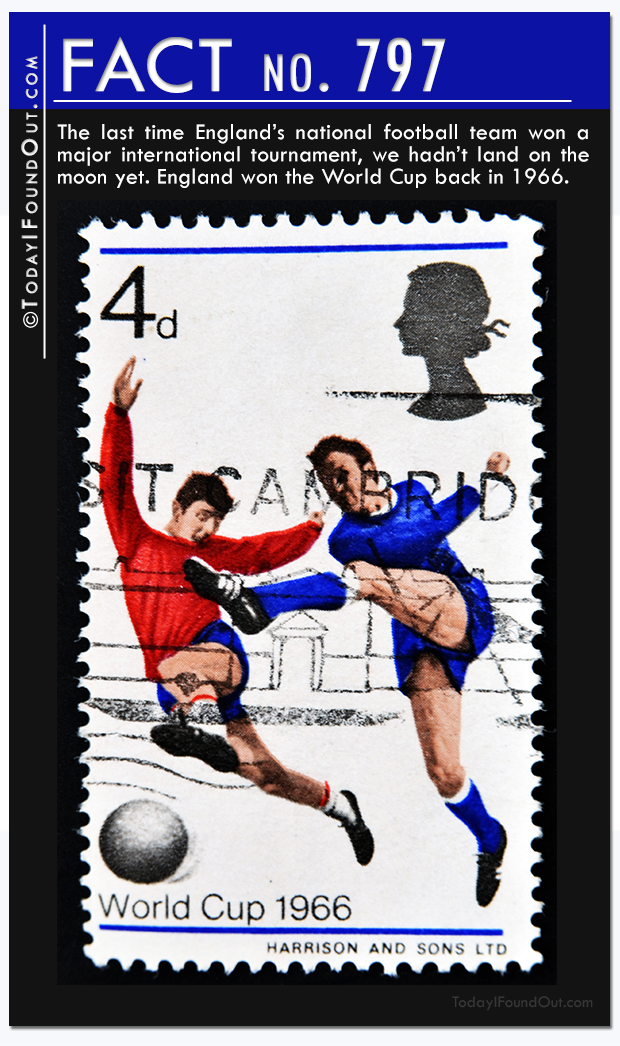 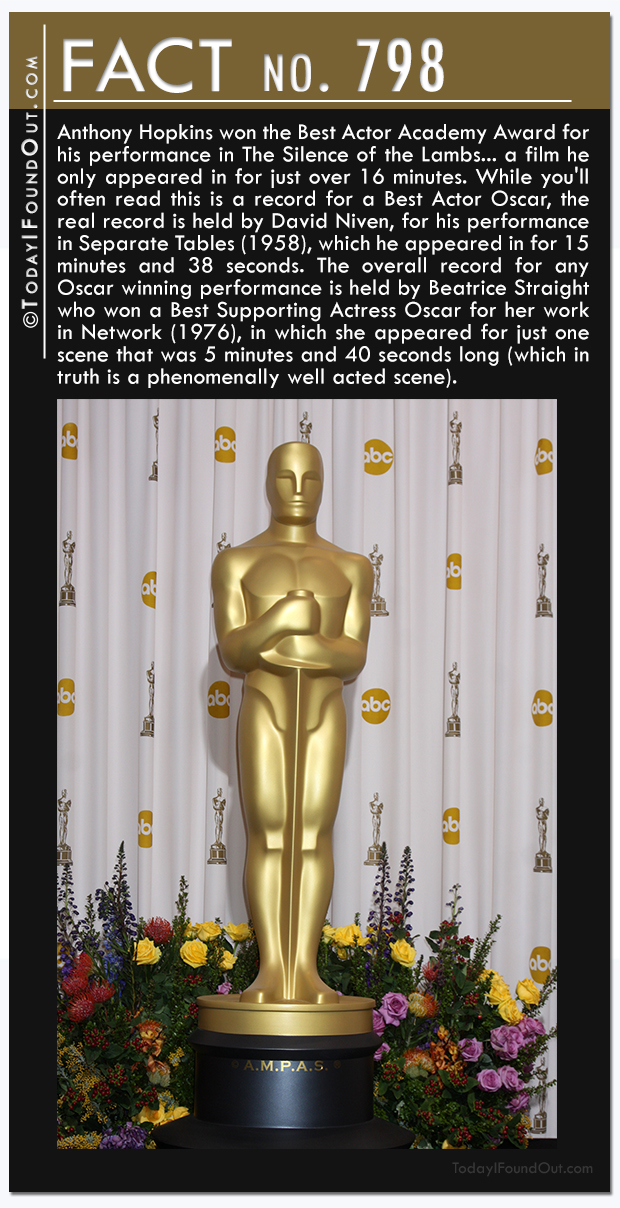 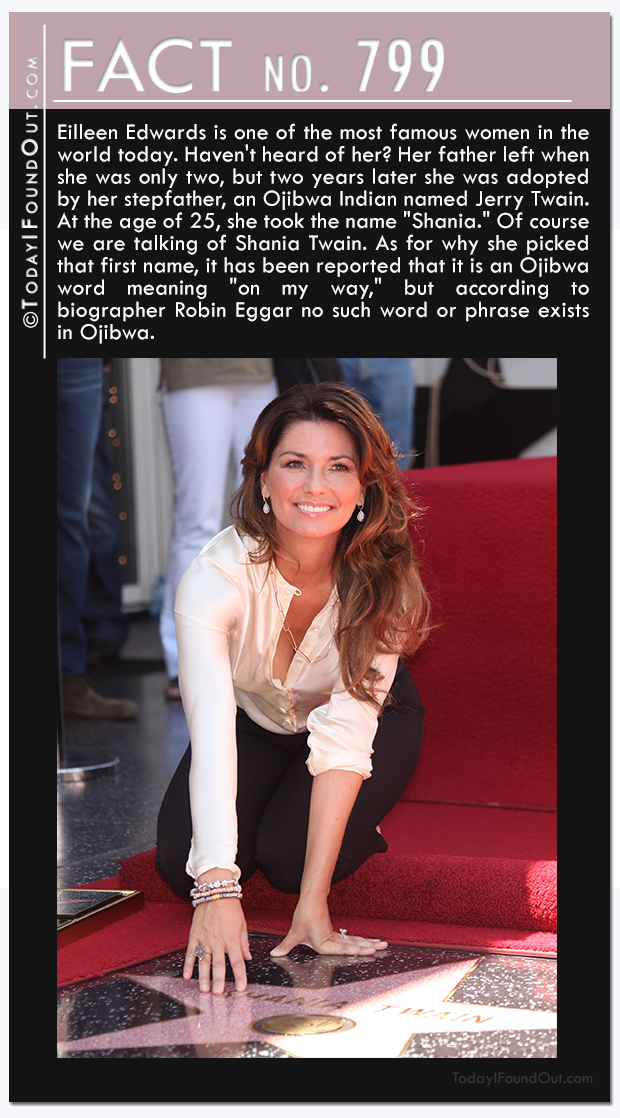 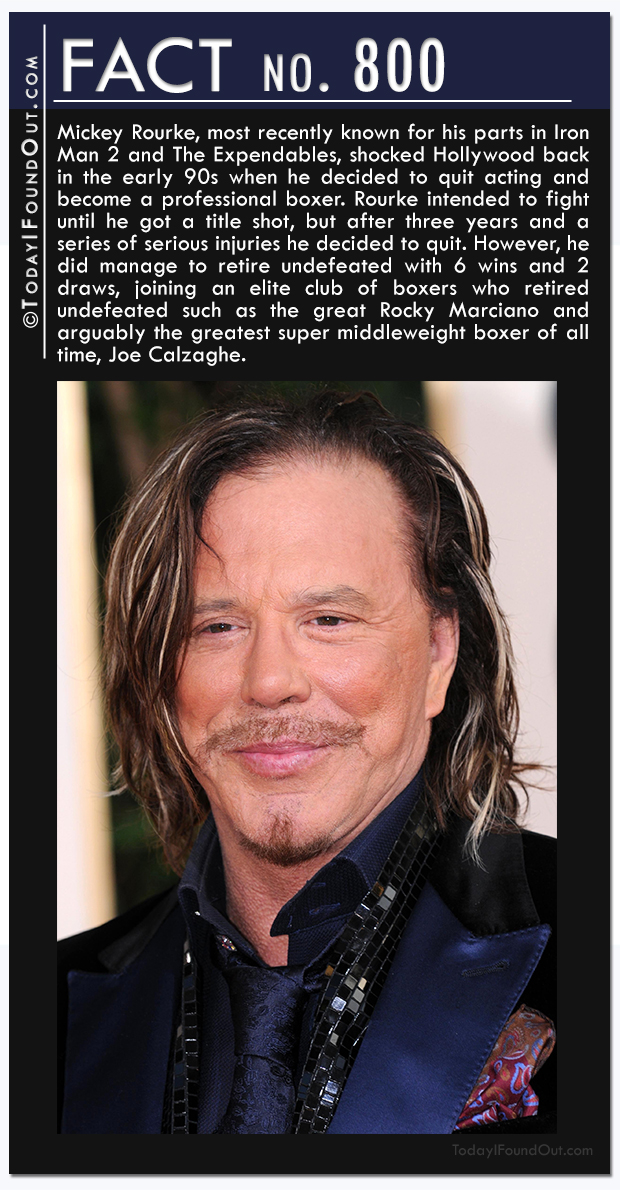 793: While most have heard the term “nymphomania,” for “a woman who has abnormally excessive and uncontrollable sexual desire,” few know the male counterpart term- satyriasis, “a neurotic condition in men in which the symptoms are a compulsion to have sexual intercourse with as many women as possible and an inability to have lasting relationships with them .” As for the former, “nymphomania” derives from the Greek “nymphe,” meaning “bride” (from the Greek semi-divine female spirits) and “mania,” meaning “madness.” The latter, “satyriasis” ultimately derives from the Greek “satyr,” who were lustful woodland deities with certain horse or goat-like features.

794: Former Major League baseball player Benji Molina was one of the slowest base runners in baseball during his career.  So slow that he once hit a home run that he never scored on, with a pinch runner put in after Molina made it to first base…  What happened was Molina hit a home run that initially was ruled a single and a pinch runner, Emmanuel Burris, was put in.  However, manager Bruce Bochy challenged the call and it was ultimately ruled a home run, but because the pinch runner had already been put in, the umpires eventually ruled that Molina could not go back out to complete the home run trot. So Burris, not Molina, was given credit for scoring the run, while Molina was credited with hitting the home run.  This makes Benji Molina the only player in MLB history to hit a home run and not score on it.

795: According to several news sources from the 1930s that tracked the man, including the January 16, 1930 edition of the Chronicle, a Hungarian soldier named Paul Kern was shot in the head during World War I and lost part of his frontal lobe. After waking up at Lemberg hospital, he (supposedly) never slept again, dying in 1955. Kern eventually returned to Hungary as a war hero and many scientists, especially Ernst Frey, professor of mental and nervous diseases at the Eötvös Loránd University, studied Kern. However, no one was able to determine why he couldn’t sleep nor how his brain and body were able to continue functioning more or less normally, despite never achieving what we’d think of as sleep. That said, there is some thought that his brain was probably going into a sleep-like state during doctor ordered resting periods of 1-2 hours per night, even though he’d remain responsive and apparently conscious during these periods.

796: At 12 years old, Simon Cowell hijacked a bus. He stated about the specific event, “We had these pea guns, and I was living in England in a place called Radlett and I wanted to go to Watford, which was ten miles away. So I got on this bus – and as a joke- it was a joke- I put the gun to the driver’s head and I said ‘take me to Watford.’ And I remember thinking ‘God, he’s really playing the part here because we’re not stopping.” Of course, the police were waiting for him at his destination. Little came of it after the police realized they were dealing with kids with toy guns.  However, Cowell said, “My mum and dad came in and my mum was actually worse than the police…she was furious with me.”

797: The last time England’s national football team won a major international tournament, we hadn’t land on the moon yet. England won the World Cup back in 1966.

798: Anthony Hopkins won the Best Actor Academy Award for his performance in The Silence of the Lambs… a film he only appeared in for just over 16 minutes. While you’ll often read this is a record for a Best Actor Oscar, the real record is held by David Niven, for his performance in Separate Tables (1958), which he appeared in for 15 minutes and 38 seconds. The overall record for any Oscar winning performance is held by Beatrice Straight who won a Best Supporting Actress Oscar for her work in Network (1976), in which she appeared for just one scene that was 5 minutes and 40 seconds long (which in truth is a phenomenally well acted scene).

799: Eilleen Edwards is one of the most famous women in the world today. Haven’t heard of her? Her father left when she was only two, but two years later she was adopted by her stepfather, an Ojibwa Indian named Jerry Twain. At the age of 25, she took the name “Shania.” Of course we are talking of Shania Twain. As for why she picked that first name, it has been reported that it is an Ojibwa word meaning “on my way,” but according to biographer Robin Eggar no such word or phrase exists in Ojibwa.

800: Mickey Rourke, most recently known for his parts in Iron Man 2 and The Expendables, shocked Hollywood back in the early 90s when he decided to quit acting and become a professional boxer. Rourke intended to fight until he got a title shot, but after three years and a series of serious injuries he decided to quit. However, he did manage to retire undefeated with 6 wins and 2 draws, joining an elite club of boxers who retired undefeated such as the great Rocky Marciano and arguably the greatest super middleweight boxer of all time, Joe Calzaghe.