This Day in History: July 22nd 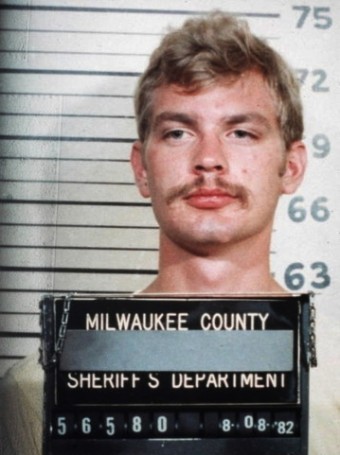 “I have to question whether there is an evil force in the world and whether or not I have been influenced by it. Although I am not sure if there is a God or if there is a Devil, I know that as of lately I’ve been doing a lot of thinking about both.” – Jeffrey Dahmer during questioning after his arrest

On July 22, 1991, a Milwaukee, Wisconsin police cruiser was flagged down by a man named Tracy Edwards, who was running down the street with handcuffs hanging from his wrist. He told the officers that a man named Dahmer had tried to kill him. He then showed them to the man’s residence.

Edwards told the police that Jeffrey Dahmer had invited him back to his apartment for a beer and to watch “The Exorcist.” He said after he arrived at Dahmer’s apartment his demeanor changed, and that his behavior became progressively stranger. Edwards also became alarmed because he believed his beer had been drugged. Dahmer rested his head on Edwards’ chest while reciting along with the movie, and then he threatened to murder Edwards and eat his heart.

Edwards managed to bargain with Dahmer for four hours, and luckily only ended up having one wrist cuffed. When he felt it was safe, he bolted out of Dahmer’s house, ran down the street and waved over a police car. The officers later admitted they were skeptical of Edwards’ story, but went back with him to Dahmer’s home to investigate.

When they arrived, Dahmer coolly explained the whole incident was just a misunderstanding and the police almost bought it – until they spotted photos of dismembered bodies. Jeffrey Dahmer was immediately arrested.

When Dahmer’s apartment was searched, horror after horror was discovered. There were numerous photo albums filled with pictures of dismembered body parts, and human remains were scattered throughout the house. Several heads were found in the fridge and freezer, and several skulls were on a closet shelf. In a corner of Dahmer’s bedroom, a 57-gallon drum contained several decomposing bodies.

When questioned by police, other residents in Dahmer’s apartment complex said that when they asked what the rank odor coming from his apartment was, Dahmer told his neighbors it was caused by out-of-date meat. Apparently they took the matter no further.

Even more chilling was that fact that law enforcement had been called just two months earlier to report a naked and injured teenaged boy being chased down an alley by an older man – who turned out to be Jeffrey Dahmer. The officers who responded to the call actually brought the boy back to Dahmer’s residence, believing the incident to be a domestic dispute.

The 14-year-old boy, who had been drugged, was immediately killed after the police left. The police officers who returned the boy to Dahmer were both later fired.

After forensic investigation of Dahmer’s House of Horrors, evidence of 11 victims were found. He later confessed to 17 murders; his first dating back to 1978. Dahmer made no excuses for what he did and blamed no one else for his atrocities. He pled not guilty by reason of insanity but, not surprisingly, was convicted of 15 counts of first degree murder, and was sentenced to 15 life terms.

It turns out they needn’t have given him such a lengthy sentence. On November 28, 1994, Jeffrey Dahmer was beaten to death with a broom by a fellow inmate at the Columbia Correctional Institute in Wisconsin. Double murderer Christopher Scarver proclaimed he was the “son of god” carrying out his “father’s” order to kill Jeffrey.

The city of Milwaukee raised $400,000 and purchased all of Dahmer’s ghoulish belongings, such as those photos, his fridge and all his other of tools of torture and murder. They then incinerated them all. The apartment building has been torn down and is now a fenced-off vacant lot.