How Did “911” Become The Emergency Call Number in North America? 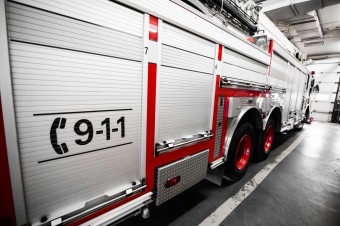 Before the 1960s, the United States didn’t have one universal phone number for Americans to call if they needed help from the police or fire department. Callers simply had to know the phone number for each department in the area they were currently in. In the case of large cities, there were often multiple police and fire departments covering different areas. Los Angeles, for example, had fifty different police departments and just as many phone numbers. Telephone operators would usually be left to direct emergency calls if the caller wasn’t sure which department or phone number they needed. Oftentimes there would be further delays upon getting the police or fire department on the line if the clerks who answered the phone were busy with another caller. Needless to say, this system wasn’t optimized to get emergency help where it needed to go very quickly.

To solve this problem, the National Fire Chief’s Association suggested a national emergency phone number in 1957. But it wasn’t until 1967 that President Lyndon B. Johnson helped get the ball rolling. A report to President Johnson’s Commission on Law Enforcement and Administration of Justice suggested that a single telephone number should be designated for callers to use in emergencies nationwide, or at least in major cities. The report also recommended that police departments have two phone lines: one for emergencies and another for regular business calls. That way callers looking to report an emergency wouldn’t be stuck on hold while the clerk helped someone who was simply looking for information.

To make this universal emergency number a reality, the Federal Communications Commission (FCC)  partnered with the American Telephone and Telegraph Company (also known as AT&T) in late 1967 to figure out what the number should be. After mulling it over, AT&T proposed in 1968 that the numbers 9-1-1 should make up the new universal emergency phone number.

Why the numbers 9-1-1 specifically? Simply put, the phone number 9-1-1 is short, easy to remember, and can be dialed relatively quickly given the few digits. This was particularly important in old-style rotary/pulse-dialing phones, which were still popular when the 9-1-1 system was first implemented. (The touch-tone phone wasn’t first widely introduced until 1963 and took a few decades to completely supplant rotary phones.)  In addition, the fact that it was only three digits meant the number could easily be distinguished from other, normal phone numbers in AT&T’s internal system and routed to a special location without too many changes to the AT&T network. (A few years earlier, AT&T had implemented their 6-1-1 and 4-1-1 numbers, so recommending 9-1-1 made this a relatively simple upgrade for them.)

Congress supported AT&T’s proposal for 9-1-1 as the national emergency number and passed legislation to that affect. In order to make things fair for telephone companies that needed to update their equipment and offices in order to handle the new 9-1-1 call system, the Bell System policy was created. The policy merged the costs of improvements into the basic rates that telephone companies charged their customers.

Just over ten years after Congress established 9-1-1 as the country’s universal emergency phone number, approximately 26% of United States citizens could dial 9-1-1 and be connected with their local emergency services. It might surprise you to learn that even just 25 years ago, in 1989, that number had risen only to 50%. However, just a decade after that, it rose to 93% of the country. Today, approximately 99% of people in the United States have access to the 9-1-1 emergency phone number system.