This Day in History: May 16th 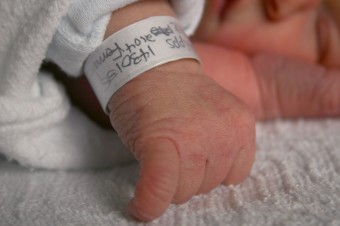 On May 16, 1975, a nurse entered the Los Angeles hospital where she worked cradling a newborn baby. She claimed that she had just given birth to the infant at home. Her fellow employees were rather shocked, considering that their 44-year-old co-worker was past the age most women became pregnant. They were even more surprised when a physical examination showed no signs that the “new mother” had recently given birth.

Norma Jean Armistead was worried that her relationship with her common-law husband Charles was in jeopardy. Like so many women before and since, she was convinced that having a child was the answer to all their problems. The problem was that Norma had undergone a hysterectomy in 1961.

In late September of 1974, a young woman named Mary Childs entered the Kaiser Hospital, the facility where Armistead was employed, to give birth. Norma was her nurse, and she administered several medications to the laboring woman. When Childs awoke in the middle of the night, she knew something was terribly amiss. She had no control of her extremities, her mind felt fuzzy and sluggish, and worst of all, her belly was flat.

She could see Nurse Armistead and several doctors gathered around her bed, and heard the nurse saying when she came to check on her patient minutes earlier, Armistead found Childs unconscious with a stillborn baby between her legs. When the news finally hit Mary through her drug-induced fog, she became hysterical and inconsolable.

While Childs was trying to process this devastating news, the doctors informed her there were massive amounts of non-prescription narcotics in her system. Not being a drug user, Mary strenuously denied she’d taken anything, but medical professionals were used to addicts denying their drug use, and didn’t believe the devastated young woman.

But one wasn’t enough. When Armistead checked herself into the Kaiser Hospital on May 16, 1975 with a newborn baby, and no signs of having given birth, hospital staff became suspicious and called the authorities.

Kathryn Viramontes, nearing her due date, was found stabbed to death in Armistead’s apartment. Her baby had been cut from her womb. Considering the circumstances surrounding both events, it wasn’t a huge jump to piece them together. This was the newborn baby Armistead was passing off as her “home birth.”

But what about Childs’ baby, you say?  They found that one in the apartment too, a healthy 8 month old little girl, who was then returned to Childs once the story was born out. Kathryn Viramontes newborn son was subsequently given to his father.

Armistead unsuccessfully went the insanity route during her trial and is serving a life sentence in prison.