Why Do We Need Sleep? 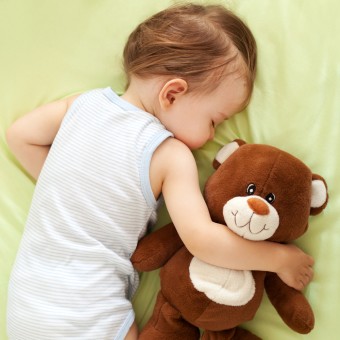 It left Hamlet’s father vulnerable to fratricide, sent Alice down the rabbit-hole, enabled Delilah’s betrayal of Samson and facilitated Gregor’s transformation into a giant beetle. Yet without sleep, we can become dull, slow and irritable in the short-term, and chronic insomnia can cause migraines, seizures and even, in extreme cases, death.

Although we have known for centuries that sleep enables growth and regeneration, only in the past few years has science been able to shed light on the mechanisms in the brain that demand slumber.

Each cell in the body generates waste; for most cells, this refuse is carried away by the circulatory and lymphatic systems. However, the brain is different.

Not only does the lymphatic system not extend into the brain, its blood vessels (as well as those in the spinal cord) are, unlike other blood vessels throughout your body:

Lined by a strange structure called the blood-brain barrier . . .  [that] closely controls what is, and what is not, allowed to leave the blood supply and enter the brain.

Rather, to clean itself, the brain relies on a unique pathway, called the glymphatic system, that:

Circulates CSF [cerebrospinal fluid] to every corner of the brain . . . through what scientists call bulk flow or convection . . . .

Working together with interstitial fluid, “the fluid that fills the space in between brain cells,” CSF:

Recirculates through the brain, interchanging with . . . ISF and removing interstitial proteins, including Aβ

Waste products like Aβ (β-amyloid), α-synuclien, and tau proteins are associated with neurodegenerative diseases like Parkinson’s and Alzheimer’s, and otherwise “have adverse effects on synaptic transmission . . . and can trigger irreversible neuronal injury.”

Researchers have learned that the more freely ISF moves throughout the glymphatic system (called its “convective movement”), the greater the reduction of these harmful proteins. This where sleep comes in.

In a 2013 study, scientists investigated sleep’s effect on the brain’s ability to clear wastes by observing the convective movement of CSF in the brains of mice that were awake, asleep and anesthetized. Their findings were remarkable:

Aβ was cleared twofold faster in the sleeping mice as compared with the awake mice . . . . [and] did not differ between sleeping and anesthetized mice . . .

The researchers had also found that “the cortical interstitial space [space between brain cells] increases by more than 60% during sleep,” and then theorized that:

The observation that anesthesia increases glymphatic influx and efflux . . . suggests that it is not circadian rhythm but rather the sleep-wake state itself that determines the volume of the interstitial space and therefore the efficiency of [waste removal] . . . [And] that adrenergic [adrenaline and norepinephrine] signaling in the awake state modifies cell volume and thus the size of the interstitial space

Put another way, because the awake brain cells:

Plump up . . . the cerebrospinal fluid is [then] found mostly around the surface of the brain, not deep inside it. While awake, this washing process acts at only about 5% of its performance during sleep.

Is This Really the Reason We Sleep?

Some sleep scientists aren’t convinced the 2013 findings provide a definitive answer on our need for sleep. Many point out that this research was limited to mice, and it’s too early to say if the same process is at work in humans. They also note:

It’s very attractive, but I don’t think it’s the main function of sleep . . . . Sleep is related to everything: your metabolism, your physiology, your digestion, everything.

Undeterred, the 2013 study’s lead researcher summed it up like this:

You can think of it like having a house party. You can either entertain the guests or clean up the house, but you can’t really do both at the same time.