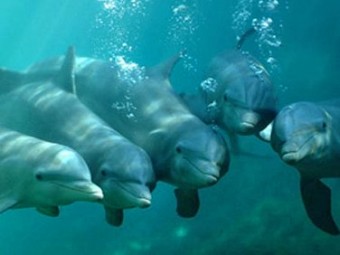 Today I found out that dolphins don’t breathe automatically, rather it is always consciously done.

An interesting consequence of the fact that they need to be conscious to control their breathing is that they can never be truly unconscious, even when they sleep.  However, being mammals, their brains do need to enter a type of unconscious state every now and again in order to continue to function properly.

How dolphins handle this is to put one half of their brain to sleep, while the other half is still conscious and functioning.  They then alternate which side is sleeping periodically.  They stay in this state for approximately eight hours a day.  Doing this allows them to be conscious enough to control their breathing and periodically swim to the surface and get air, while still giving their brain the rest it needs.