This Day in History: November 5th 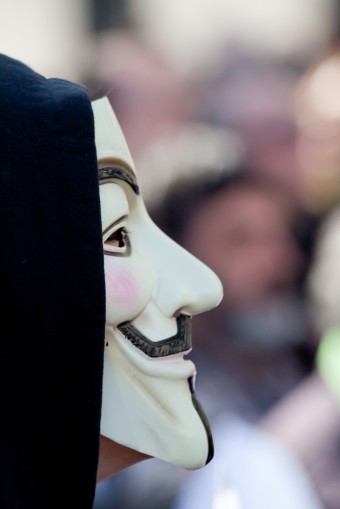 On this day in history, Guy Fawkes and his fellow conspirators planned to blow up Parliament during the State Opening on November 5, 1605 when King James I was present. As a Catholic, he and his co-conspirators meant to do this in protest for how badly Catholics were treated in England at the time. The assassination plot was discovered the evening before when Fawkes was found hiding in a cellar beneath the House of Lords with 36 barrels of gunpowder and matches in his pocket. Needless to say, it was pretty tough to talk his way out of that one.

Who ratted Fawkes out? On October 26th, a Catholic supporter received an anonymous letter warning the recipient to avoid the State Opening of Parliament, which alerted the government to the existence of the plan. The identity of the letter’s author is still a mystery. Some historians suggest that the authorities were already aware of the Gunpowder Plot and that the letter was a ruse. They propose the plot was allowed to progress to this point to further have an excuse to crack down on Catholics.

According to Fawkes himself, the blame for the failure of the assassination attempt could be placed on “the devil and not God.”

Whoever was to blame for the failure, Fawkes was immediately taken to the Tower of London where he was brutally tortured under special orders from the King himself. His co-conspirators were taken into custody not long after, except for four who died in a shoot-out with English soldiers.

All the men were found guilty of high treason and sentenced to die a traitor’s death via the excruciating execution method of being hanged, draw and quartered in January 1606.

The very day that Fawkes was to have set off the explosion, November 5, 1605, the people were encouraged to celebrate the survival of King James I of England, including lighting bonfires.

In January of 1606, just shortly before the remaining plotters were brutally executed, November 5th was designated a national holiday with the passing of the “Thanksgiving Act”. Guy Fawkes Day, also known as Bonfire Night, among other revelry is celebrated by setting off fireworks and lighting bonfires – activities that seem a tad odd to commemorate an unsuccessful arson attempt. Effigies of Fawkes are traditionally burned, and kids wheel their effigies around beforehand demanding “a penny for the Guy,” and reminding one and all to “remember, remember the fifth of November!”

In recent decades, Guy Fawkes has begun making the transition from reviled traitor to revolutionary folk hero. This transformation is probably most apparent in V is for Vendetta, both the 1980s graphic novel by artist David Lloyd and writer Alan Moore, and the 2005 motion picture.

The story features a mask-wearing rebel named “V” who squares off against a future fascist British government.  Lloyd thought having the character wear a Guy Fawkes mask would be fitting.  In Behind the Painted Smile, Lloyd wrote, “…it would give Guy Fawkes the image he’s deserved all these years. We shouldn’t burn the chap every 5 November but celebrate his attempt to blow up Parliament!”

Here was Fawkes’ image doing a complete 180 degree turn. It removes any traitorous stigma and instead celebrates him as a heroic figure rising up against an unjust state.

This new persona has given rise to such groups as Anonymous choosing the Fawkes mask as its public face starting in 2008 when they launched a public protest against Scientology. When asked why they landed on the Fawkes mask to protect their identity, one member said, “It’s not about blowing up Parliament; it’s about the idea of returning power to the people.”

Ironically, the mask also became widely used during Occupy Wall Street.  One thing people may want to keep in mind before running out and buying the stylized Guy Fawkes mask to symbolize their struggle against big corporations is that the version of the mask you see everywhere since the V for Vendetta movie is licensed by Time Warner, which means for every one of those masks sold (according to Time Warner, hundreds of thousands per year the last few years), they get a cut. 😉