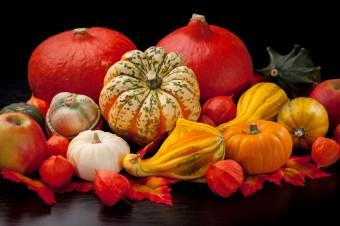 After the tireless efforts of the author of Mary Had a Little Lamb (and the “Oprah” of her day), Sarah Hale, to get a national Thanksgiving holiday created, President Abraham Lincoln declared on this day in history, 1863- just a few days after receiving Hale’s final letter on the subject- that the United States would observe an official Thanksgiving holiday on November 26, 1863.

The President also proclaimed in the speech that the official U.S. holiday of Thanksgiving would be observed on the last Thursday of November every year thereafter (which is usually the 4th, but sometimes can be the 5th Thursday of the month).

Prior to this, the only national holidays that existed in the U.S. were Independence Day and Washington’s birthday.  From that point on until the point when congress officially set the date of Thanksgiving into U.S. law in 1941, every U.S. President, with the exception of Roosevelt, would annually declare the last Thursday in November as a national holiday for giving thanks.

This holiday was not an entirely new concept. Indeed, in certain regions in the colonies and then the United States, multiple local Thanksgiving holidays were celebrated several times per year just about any time anything significant happened that was good within a community or family.

Lincoln also wasn’t the first President to declare a Thanksgiving holiday. In 1789, when George Washington was serving his first term as President, he made the call for a “day of public thanksgiving and prayer.” While Congress fully supported Washington’s suggestion, the holiday failed to become an official annual event.

The third U.S. President, Thomas Jefferson, believed that public worship of any higher power, such as those inherent at Thanksgiving observances, had no place in a nation based on the principles of separation of church and state. The Presidents that followed him in office agreed, and there was no official proclamation of a Thanksgiving holiday between 1815 and the day Lincoln made his proclamation in 1863.

This mess ultimately required congress to step in and officially set the date in October of 1941 to go into effect in 1942.  In true congressional form, the date they set was a compromise, being the fourth Thursday, which was sometimes the last and sometimes the second to last. 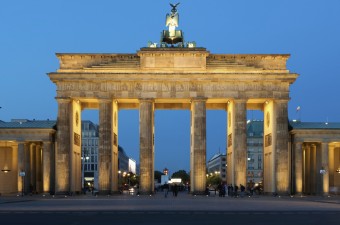 East and West Germany joined together on “Unity Day,” less than a year after the Berlin Wall came down.

Since the end of World War II in 1945, the Soviets had been in control of East Germany, while the U.S. and its other allies occupied the west. A divided Germany had become one of the most foreboding – and tangible – symbols of the Cold War in Europe. The Berlin Blockade, which occurred from June 1948 to May 1949, was a period when the Soviets forbade any ground travel headed into West Berlin. The Berlin Wall, the most iconic symbol of Germany’s division, was built in 1961.

The Soviets began to lose some of their power worldwide by the 1980s, which translated to the Communist Party losing some of its “bite” in Germany as well. East Germans began to flee in the tens of thousands, and the Berlin Wall had started to come down by 1989. Diplomatic talks between East and West German representatives, along with officials from the U.S., U.K. France, and the U.S.S.R., gathered to discuss the possibility of a reunified Germany.

German elections took place within two months, and Helmut Kohl was elected first chancellor of the newly unified Germany. Many considered the reunification of Germany the official end of the Cold War, even though the dissolution of the Soviet Union didn’t occur for another year yet.