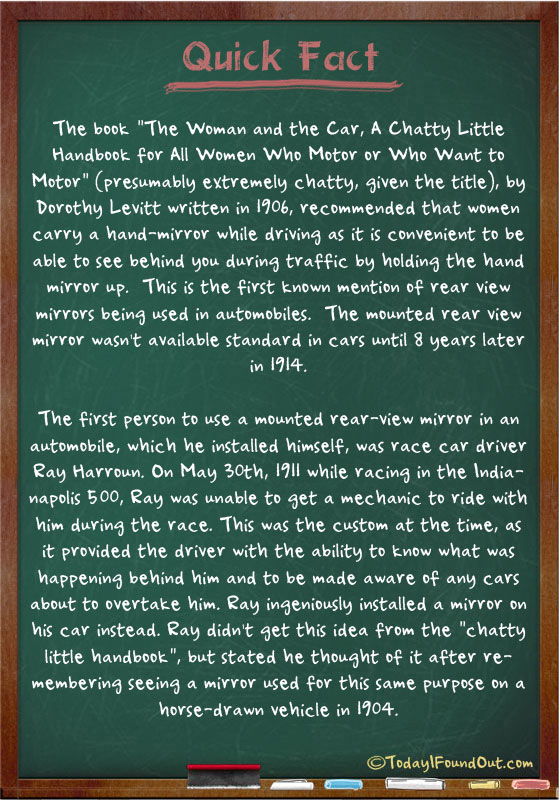 The book “The Woman and the Car, A Chatty Little Handbook for All Women Who Motor or Who Want to Motor” (presumably extremely chatty, given the title), by Dorothy Levitt written in 1906, recommended that women carry a hand-mirror while driving as it is convenient to be able to see behind you during traffic by holding the hand mirror up.  This is the first known mention of rear view mirrors being used in automobiles.  The mounted rear view mirror wasn’t available standard in cars until 8 years later in 1914.

The first person to use a mounted rear-view mirror in an automobile, which he installed himself, was race car driver Ray Harroun. On May 30th, 1911 while racing in the Indianapolis 500, Ray was unable to get a mechanic to ride with him during the race. This was the custom at the time, as it provided the driver with the ability to know what was happening behind him and to be made aware of any cars about to overtake him. Ray ingeniously installed a mirror on his car instead. Ray didn’t get this idea from the “chatty little handbook”, but stated he thought of it after remembering seeing a mirror used for this same purpose on a horse-drawn vehicle in 1904.