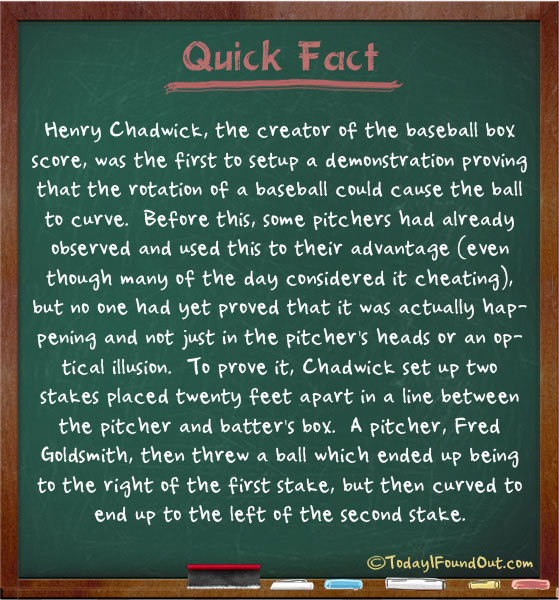 Henry Chadwick, the creator of the baseball box score, was the first to setup a demonstration proving that the rotation of a baseball could cause the ball to curve.  Before this, some pitchers had already observed and used this to their advantage (even though many of the day considered it cheating), but no one had yet proved that it was actually happening and not just in the pitcher’s heads or an optical illusion.  To prove it, Chadwick set up two stakes placed twenty feet apart in a line between the pitcher and batter’s box.  A pitcher, Fred Goldsmith, then threw a ball which ended up being to the right of the first stake, but then curved to end up to the left of the second stake.