Some Women Do Have Adam’s Apples 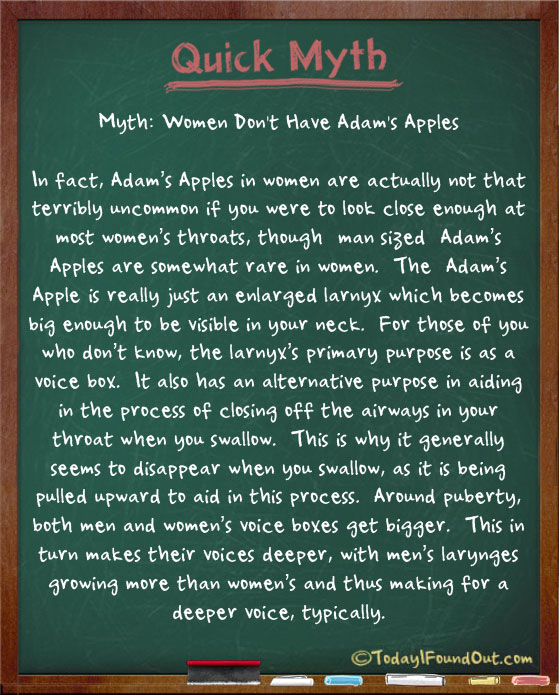 Myth: Women Don’t Have Adam’s Apples. In fact, it’s actually not that terribly uncommon if you were to look close enough to most women’s throats, though “man sized” Adam’s Apples are somewhat rare in women. The “Adam’s Apple” is really just an enlarged larnyx which becomes big enough to be visible in your neck. For those of you who don’t know, the larnyx’s primary purpose is as a voice box. It also has an alternative purpose in aiding in the process of closing off the airways in your throat when you swallow. This is why it generally seems to disappear when you swallow, as it is being pulled upward to aid in this process. Around puberty, both men and women’s voice boxes get bigger. This in turn makes their voices deeper, with men’s larynges growing more than women’s and thus making for a deeper voice, typically.