The U.S. Army Has Developed a Near Silent Version of Velcro 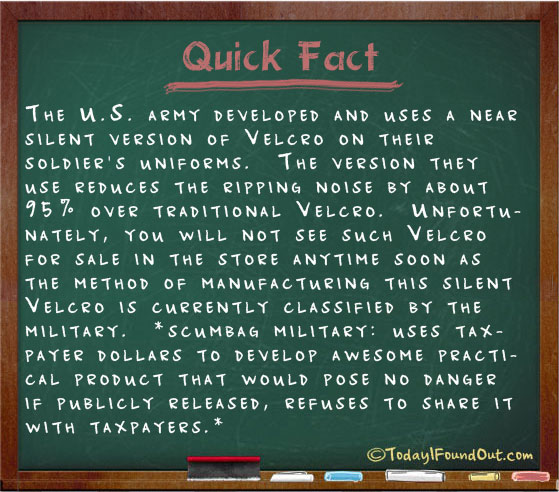 The U.S. army developed and uses a near silent version of Velcro on their soldier’s uniforms.  The version they use reduces the ripping noise by about 95% over traditional Velcro.  Unfortunately, you won’t see such Velcro for sale in the store anytime soon as the method of manufacturing this silent Velcro is currently classified by the military.  *scumbag military: uses taxpayer dollars to develop awesome practical product that would pose no danger if publicly released, refuses to share it with taxpayers.*