What R.S.V.P. Stands For 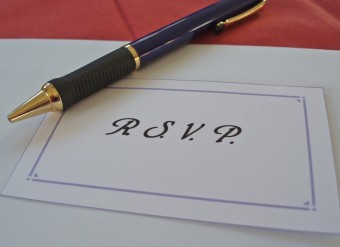 Today I found out what R.S.V.P. stands for, namely Répondez S’il Vous Plaît, which translates roughly as “please reply” or “reply if it pleases you”.

So how did R.S.V.P.  make its way into being used for wedding invitations and the like?  This dates all the way back to around the 11th century when French became the fashion among the elite of the English court.  This continued in England for several hundred years.  It was also the fashion in the United States, among high society, to use French as the language of refinement up until around the 19th century.  From this, many such similarly themed French phrases and words made their way into English, another example being the word “etiquette” itself.