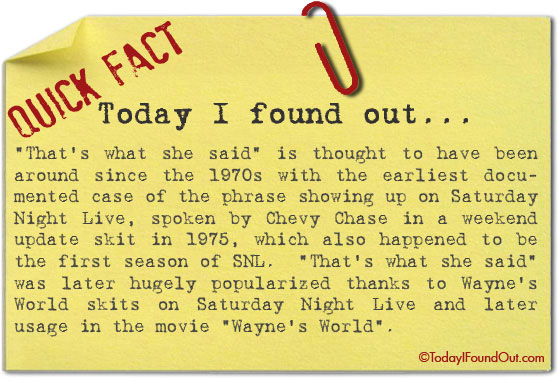 “That’s what she said” is thought to have been around since the 1970s with the earliest documented case of the phrase showing up on Saturday Night Live, spoken by Chevy Chase in a weekend update skit in 1975, which also happened to be the first season of SNL.  “That’s what she said” was later hugely popularized thanks to Wayne’s World skits on Saturday Night Live and later usage in the movie “Wayne’s World”.