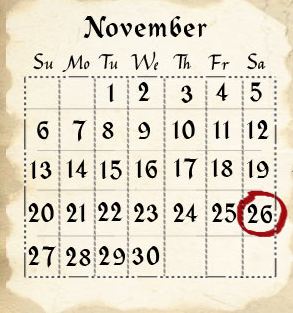 On this day in 43 BC, Gaius Julius Caesar Octavianus, (also known as Caesar Augustus) the great nephew of Julius Caesar, Mark Antony, and Marcus Aemilius Lepidus formed the political alliance that became known as the “Second Triumvirate”, which officially ended the days of Rome as a Republic.  Before their alliance, the three titans had been warring one another (Lepidus and Antony against Octavian) throughout Italy.  One month before the Second Triumvirate was formed, though, they met and began making plans to join forces to rule over Rome.  One month later, the Triumvirate was officially formed as a legal entity with the establishment of the (in English) “Triumvirs for Confirming the Republic with Consular Power”.

Once established, the three rulers had near absolute power over Rome, if not in law, in fact.  Only one real check was put in their path.  They were only allowed to serve for five years at a time.  At the end of the five years, they would have to be re-confirmed in order to keep their position.  So if the people were unhappy with the triumvirates’ rule at that point or it was no longer deemed necessary, there was a mechanism in place to potentially get rid of them.

The Second Triumvirate lasted two terms from 43 BC to 33 BC.  Towards the latter end of this, Octavian was in the process of turning the public against Mark Antony, who spent much of his time with Cleopatra in Egypt.  While with her, despite being married to Octavian’s sister, Octavia, Antony had children with Cleopatra and promised in his will to leave much of his fortune to them.  He also wanted to be buried in Egypt, which Octavian made sure the Romans found out about.  With Antony preferring a non-Roman woman to his Roman wife, wanting to be buried in Egypt, and other such aspersions on his character, Octavian successfully managed to stir up Rome against him, culminating in Antony and Cleopatra’s defeat in 31 BC at the Battle of Actium.  After this, the two eventually killed themselves in Alexandria.

Shortly after Egypt became fully under his control (now Pharaoh there after the death of Antony and Cleopatra), Rome quickly followed and Lepidus was exiled, leaving Octavian, now “Augustus”, the soon to be first emperor of Rome.  Once emperor, Augustus restored much of the outward appearance of power of the Senate, while being granted by the Senate a large collection of powers which allowed him to function as an emperor.  However, Augustus had command of an enormous wealth and most of the Roman legions, so he was well equipped to get the Senate to do what he wished, when he did want or technically need their approval for something.

Augustus reigned until 14 AD, laying the foundations for an empire that would endure for nearly 1500 years.  He is considered by many historians to be the greatest of all Rome’s many emperors.  Fittingly, his last publicly spoken words were “Behold, I found Rome of clay, and leave her to you of marble.”  His real, non-public, last words though, were said to have been “Have I played the part well? Then applaud as I exit”.